“Opportunity Zones, created by the 2017 Trump Tax Plan, are leveraging tens of billions of dollars of investments adjacent to Brownfields areas across the country," said EPA Administrator Andrew Wheeler.  "Erie is leading the way on community revitalization and they are also building the worlds largest plastic recycling facility which will help solve our recycling problems.”

“Erie, Pennsylvania’s leadership in the use of opportunity zones has not only brought economic dynamism and opportunity back to once forgotten communities, but has also been an example to the rest of America," said U.S. Representative Mike Kelly (PA-16). "Western Pennsylvania is grateful to Administrator Wheeler and the Trump Administration for continuing to make our region a priority in the Great American Comeback!” ​

“EPA is thrilled to see so many communities utilize Opportunity Zones to redevelop lands and boost economic growth,” said EPA Mid-Atlantic Regional Administrator Cosmo Servidio. “We hope other areas around the country will look to the successes taking place in Erie to promote redevelopment.”

Administrator Wheeler congratulated the community of Erie on winning national recognition for its use of Opportunity Zones, which has seen $47.7 million worth of investment in Opportunity Zones that are already committed to revitalizing some of Erie’s low-income communities.

Following the tour, Administrator Wheeler participated in a meeting with the International Recycling Group (IRG) at the Erie Regional Chamber and Growth Partnership. He was joined by Congressman Kelly, State Senator Laughlin, and IRG Chairman Mitch Hecht. At the meeting, Administrator Wheeler highlighted IRG’s plans to build a $100 million dollar plastics recycling plant in Erie, Penn. that will be the world’s largest plastics recycling plant when it is completed in 2022.

Administrator Wheeler also emphasized the Trump Administration’s priority to cut down the negative impact of plastics, paper, and other materials in the environment. He stressed the need to address consumer confusion regarding what can be recycled and noted that an aging domestic recycling infrastructure has not kept pace with current materials. In 2018, EPA held its first-ever America Recycles Day Summit where 44 stakeholders signed the America’s Recycle Day Pledge where they promised to work together to address the challenges facing our nation’s recycling system. As of September 2020, over 250 organizations have signed the pledge.

Administrator Wheeler and Regional Administrator Servidio concluded the day at Ernst Conservation Seeds in Meadville, Penn. where they took part in a farm meet-and-greet with local officials and the Pennsylvania Farm Bureau. At the event, they were joined by Congressman Kelly, Pennsylvania Farm Bureau President Rick Ebert and Vice President Chris Hoffman, and Ernst Conservation Seeds owner Calvin Ernst.

During the visit, Administrator Wheeler delivered brief remarks where he highlighted the Trump Administration’s commitment to improve relationships with the agriculture community and restore trust with farmers. He highlighted EPA work to aggressively protect bees and other pollinators from pesticide exposure including the renewed an MOU with the Pollinator Partnership, a nonprofit organization that facilitates actions that benefit pollinator habitats.

Administrator Wheeler also discussed the Navigable Waters Protection Rule, published in April, that rebalances the relationship between the federal government, states, and property owners. It replaced the 2015 Waters of the United States rule which failed to provide clarity for farmers and landowners.

“We are pleased to see the EPA’s commitment to working alongside the farmers of Pennsylvania to make the permitting process more streamlined and effective for agriculture without compromising environmental standards," said Pennsylvania Farm Bureau President Rick Ebert. "The commitment to a more transparent regulatory process will be a relief to farmers as they go about planning for their farms’ and families’ futures." 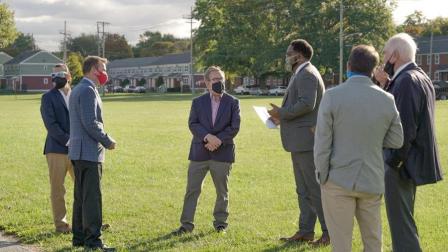 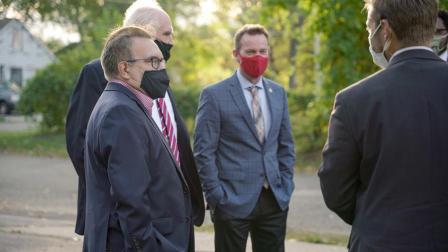 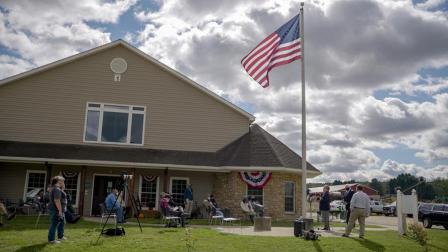 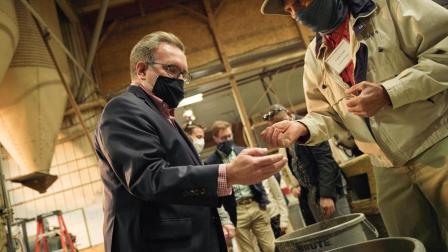