“The Trump administration has put a renewed focus on Superfund clean-ups since the moment it entered office,” said EPA Administrator Andrew Wheeler. “The Nansemond Superfund clean-up has transformed this area of Suffolk with new businesses and housing developments. Combined with the replacement of old diesel engines with new cleaner ones at the Virginia Port Authority, the entire Norfolk-Newport News metro area is benefiting from a cleaner environment with EPA’s help.”

“By engaging our partners and communities through strong science, we’ve achieved the greatest record of Superfund success in decades; restoring these contaminated properties and returning them to community assets,” said EPA Mid-Atlantic Regional Administrator Cosmo Servidio. “Cleaning up toxic sites and returning them to safe and productive reuse is critical to EPA’s mission to protect human health and the environment. As we celebrate EPA’s 50th Anniversary, we are proud to showcase Superfund clean-up efforts like the Former Nansemond Ordnance Depot.”

He then took part in a boat tour where he observed the Southern Coal Terminal, Hampton Road Wastewater facility, and Army Corps Drudging for Future Marine Terminal.

Following his stop at the Port Authority, Administrator Wheeler visited the Nansemond Ordance Depot Superfund site where he received a briefing on cleanup progress from Region 3 staff. Added to the National Priorities List in 1999, the U.S. Department of Defense used the property for munitions storage, shipment, classification, reconditioning, loading and destruction. The facility handled up to 1,300 tons of ammunition daily. The site’s cleanup has included the removal of munitions, explosives, contaminated debris and various military items, as well as the removal of contaminated soil.

Though the site is still undergoing cleanup, the formerly used defense site has been transformed into a thriving community that has showcased the importance of successful remediation and redevelopment. To date, 26 on-site businesses are employing approximately over 700 people with annual sales revenue reported at $60.2 million. The Trump Administration has made it a priority to cleanup Superfund sites and redevelop communities adversely impacted by toxic, surrounding environments. 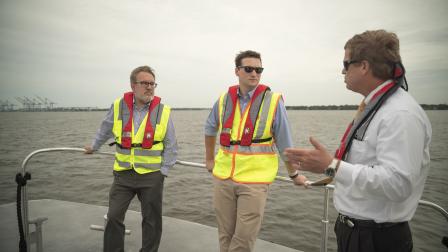 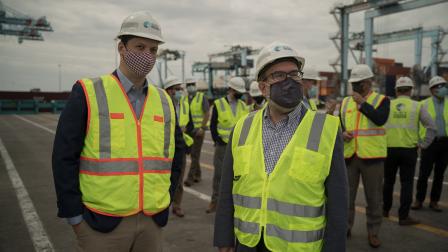