CLEVELAND (October 6, 2020) — Today, U.S. Environmental Protection Agency (EPA) Administrator Andrew Wheeler and EPA Region 5 Administrator Kurt Thiede kicked off a two-day swing through northeast Ohio with visits to the Black River Area of Concern (AOC) in Loraine and to Clardale Farms in Stark County. During these stops Administrator Wheeler highlighted progress being made by the agency to improve water quality along the Black River and highlighted EPA’s commitment to working with Ohio’s farmers on a number of environmental issues.

“The Black River at one point was known for its long history of industrial and agricultural pollution,” said EPA Administrator Andrew Wheeler.  “But thanks to major investments paid through the Great Lakes Restoration Initiative, we’re within sight of the Black River being completely recovered and removed from the list of impaired waterways flowing into the Great Lakes – and return the River to the recreation destination and haven for native species that it once was.”

"EPA's regional office is committed to continue working with our federal, state, and local partners to clean up the Black River Area of Concern," said EPA Region 5 Administrator Kurt Thiede. "Under this Administration, EPA will continue to prioritize the restoration of the Great Lakes."

Administrator Wheeler began his visit by touring the Black River AOC where he viewed habitat restoration and the recently completed final management actions on the AOC. This final project, officially completed last month, will improve water quality and restore habitat for wildlife by grading and covering over 35 acres of slag piles along City of Lorain-owned property on the river. He was also joined by U.S. Congressman Bob Gibbs (OH-07) and U.S Congresswoman Marcy Kaptur (OH-09).

“I want to thank EPA Administrator Wheeler for coming to Ohio, highlighting the great work on improving water quality. America’s agriculture community is on the front lines of the efforts to improve and maintain safe water. Responsible, commonsense regulations like the Navigable Waters Protection Rule make it easier for farmers to be stewards of one of our nation’s most precious resources, said U.S. Representative Bob Gibbs. "Northeast Ohio has faced its share of water quality challenges. EPA-funded rehabilitation and reclamation projects have become an integral component to addressing it. The projects we’ve undertaken are a model for the nation.”

During the event, Administrator Wheeler delivered remarks to a group of farmers highlighting President Trump’s commitment to the agriculture community, and the Trump EPA’s efforts to strengthen partnerships with farmers and rebuild trust with rural America. Additionally, Administrator Wheeler discussed EPA’s Navigable Waters Protection Rule (NWPR) that replaced the overreaching Obama Administration’s Waters of the United States rule that lacked clarity. He reiterated that NWPR provides clarity on waters that are federally regulated, specifically noting they no longer include farm ditches or stock water ponds.

Administrator Wheeler also touted how EPA is ensuring crop protection tools are made available for the agriculture community. For example, following the 9th Circuit of Appeals decision in June that threatened to upend the growing season for many farmers, the Trump Administration fought to ensure farmers were able to use already-purchased dicamba.

"With so many aspects of agriculture and the environment tied together, a strong relationship with agencies like the EPA is so important. Having Administrator Wheeler visit the farm to talk about water quality, nutrient management and to see, firsthand, what we do everyday to protect our natural resources is vital as we work together on the challenges ahead," said Ohio Farm Bureau President Frank Burkett. 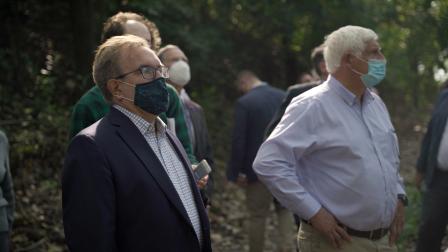 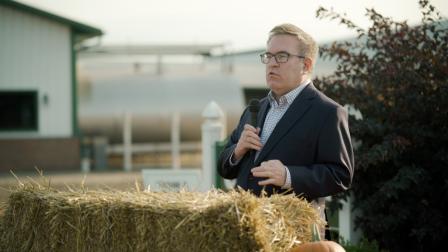 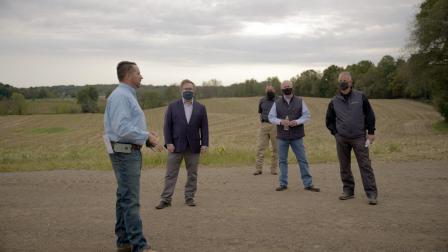