“I was encouraged to see the incredible progress being made toward delivering cleaner water to Michiganders throughout the state,” said EPA Administrator Andrew Wheeler. “Great Lakes restoration is fundamental to meeting our goals, and EPA’s latest GLRI Action Plan and $11 million in new funding will help us do just that. I am also encouraged by the progress being made in Detroit on lead service line replacement and stormwater infrastructure. The Trump Administration is delivering on its promise to prioritize support for the country’s most pressing environmental and human health concerns. I look forward to seeing continued progress as we modernize regulations to support economic growth while achieving the agency’s mission.”

“It takes ambitious, dedicated and collaborative efforts by federal, state, tribal, local and non-governmental partners to ensure that our magnificent Great Lakes not only endure — but thrive,” said Regional Administrator and Great Lakes National Program Manager Cathy Stepp. “Here in Detroit we’ve seen proof that working together is the key to having both a healthy environment and a healthy economy.”

In addition, he announced that 38 new projects in 18 states were being invited to apply for Water Infrastructure Finance and Innovation Act (WIFIA) loans. Together, the selected borrowers will apply for WIFIA loans totaling approximately $6 billion to help finance over $12 billion in water infrastructure investments and create almost 200,000 jobs.

EPA’s WIFIA loans will allow communities across the country to implement projects to address national water priorities – including providing for clean and safe drinking water by reducing exposure to lead and emerging contaminants, addressing aging water infrastructure, and developing water recycling and reuse projects. Specifically, eight of the selected projects are water reuse or recycling projects, 11 projects will reduce lead or emerging drinking water contaminants, and 33 will address aging infrastructure.

“We appreciate the dedicated time Administrator Andrew Wheeler provided City of Detroit officials during his visit. In a collaborative effort, leadership from the Office of Sustainability, the Detroit Health Department and DWSD met with Administrator Wheeler and Mr. Kurt Thiede of EPA Region 5, and took them on a tour of two pivotal projects – lead service line replacement and green stormwater infrastructure. In order to go at a faster pace in replacing lead service lines and keep rates affordable in Detroit, we will require additional funding resources from federal and state agencies and initiate public-private partnerships,” said DWSD Director Gary Brown.

Earlier in the day, Administrator Wheeler unveiled an updated and aggressive action plan under the GLRI at Sunset Point in Belle Isle Park. The GLRI Action Plan III will guide the actions of federal agencies and their many partners over the next 5 years to protect and restore the Great Lakes – fueling local and regional economies and community revitalization efforts across the basin. The agency also announced $11 million in funding for grants to support GLRI projects in Michigan: 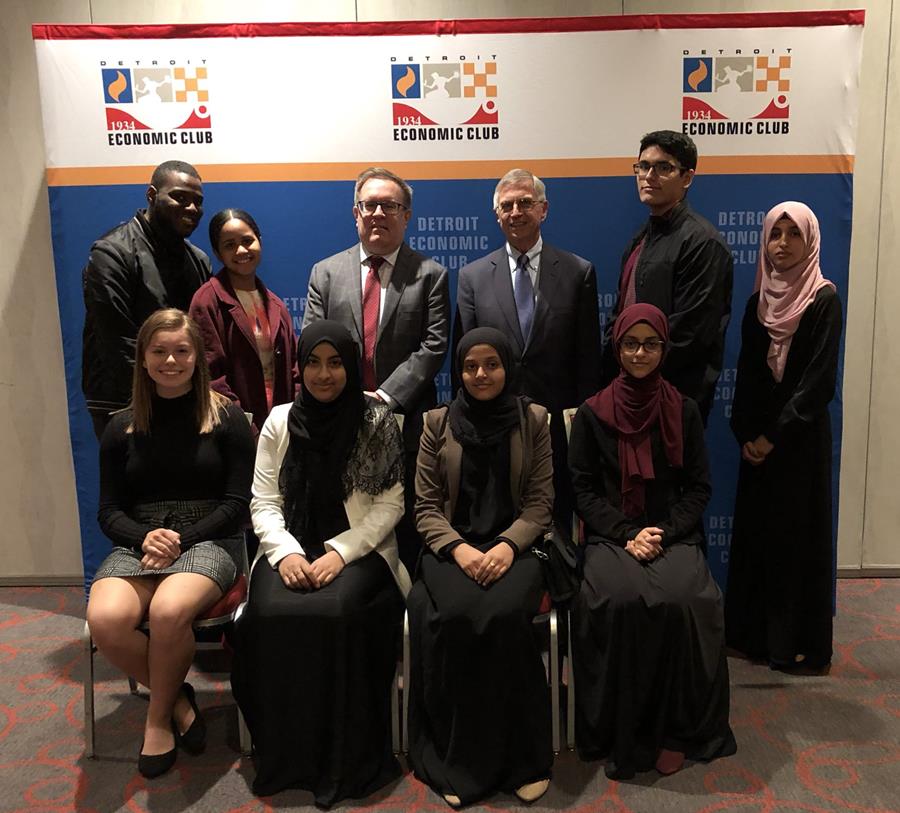 Administrator Wheeler met with Detroit high school students at the Detroit Economic Club to talk about day-to-day workings of the EPA, important environmental issues, and the students' goals for the future. 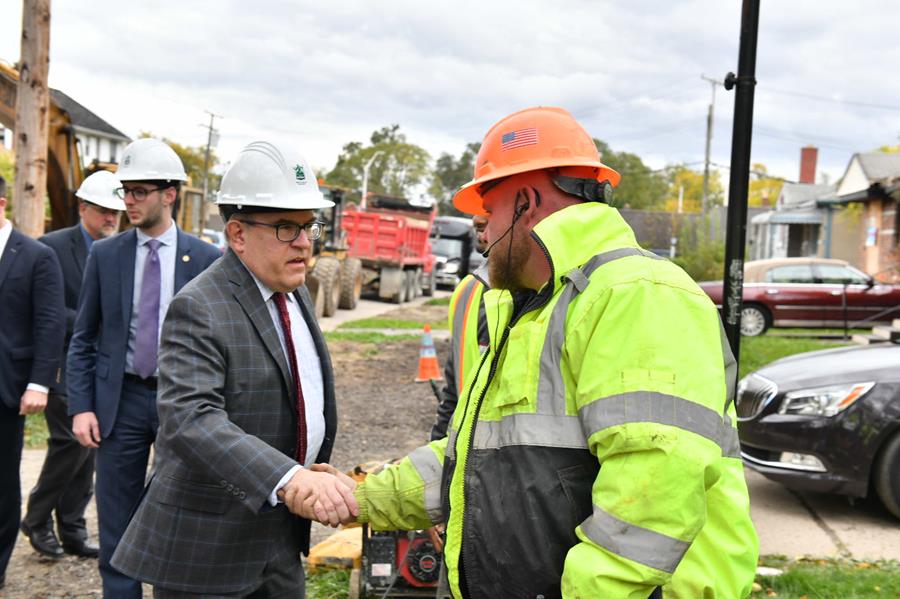