“The U.S. is a global leader in environmental progress thanks in large part to innovation in the private sector, such as enhanced pollution control technologies and new energy extraction techniques,” said EPA Administrator Andrew Wheeler. “The Trump Administration is committed to policies that promote innovation and allow it to be exported worldwide for the benefit of the environment and the international community.”

At the USCIB luncheon, Administrator Wheeler and business leaders discussed ways to promote American private sector innovation to tackle global environment challenges including marine litter, food waste and recycling. They also examined public-private partnerships as a way to promote investment opportunities in energy, water infrastructure, and environmental technology. Specifically, he highlighted the eleven WIFIA loans EPA has closed over the past two years that will finance over $6.5 billion in water infrastructure projects and create over 10,000 jobs.

Approximately 60 percent of marine litter originates from six Asian nations. EPA has been working closely with Japan on marine litter since the June 2019 G20 meeting to develop a framework to implement the G20 Marine Litter Action Plan and additional action items for the upcoming G20 Resource Efficiency and Marine Litter Workshop in Tokyo.

Administrator Wheeler kicked off his trip to New York with several events in the Bronx that focused on reducing food waste. This included a tour of the FreshDirect facility, one of the east coast's largest online grocery store, and a roundtable discussion on food waste reduction with CEOs and other leaders from EPA Region 2, City Harvest, ReFED, and PepsiCo. And finally, he capped the day off with Syd Mandelbaum of the Rock and Wrap It Up! organization to serve lunch – diverted from Yankee Stadium – to local residents at Woodycrest United Methodist Church. 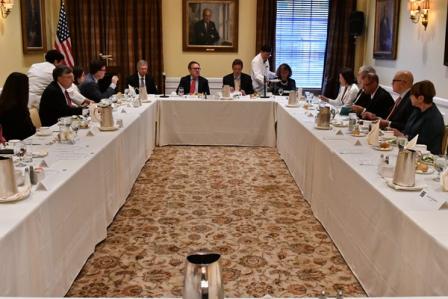 Administrator Wheeler discusses the role of the U.S. private sector in tackling global environmental challenges at a luncheon with the U.S. Council for International Business. 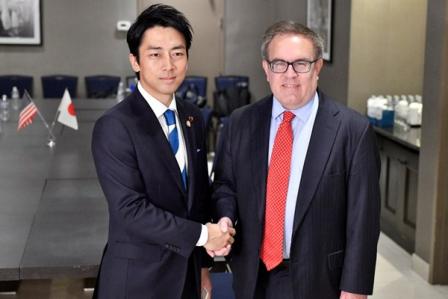 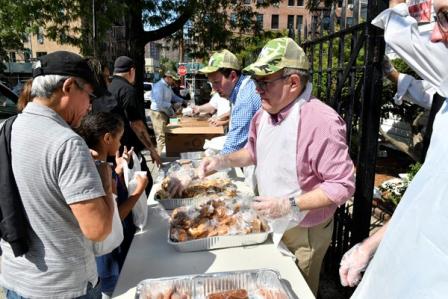