Deletions from NPL in Missouri and Nebraska 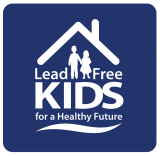 (Lenexa, Kan., Oct. 29, 2020) - The U.S. Environmental Protection Agency (EPA) Region 7 announced deletions from the National Priorities List (NPL) of two lead Superfund sites, as part of Lead Poisoning Prevention Week. The Agency deleted the Annapolis Lead Mine Superfund Site in Missouri, and partially deleted properties that are part of the Omaha Lead Superfund Site in Nebraska. Deletion from the NPL benefits communities as it marks the completion of the remediation and formal documentation. In some cases, this allows communities to move forward in redeveloping and revitalizing these once contaminated areas.

“EPA has prioritized cleaning up Superfund sites and returning them to productive reuse,” said EPA Region 7 Administrator Jim Gulliford. “Annapolis and Omaha are two of the many communities here in Region 7 where EPA is leading the cleanup of historical lead contamination caused by mining, transportation and smelting. Although EPA has cleaned up thousands of properties already, a great deal more work must be done to remediate the remaining lead-contaminated properties and waterways in Region 7.”

The 200-acre Annapolis Lead Mine Superfund Site is in a rural area approximately 1 mile east of Annapolis, Missouri. Lead mining activities from 1919 to 1940 generated over 1 million tons of mining wastes, contaminating soils and sediments with heavy metals, primarily lead. Short-term remedy approaches included excavation and containment of contaminated soils. The long-term remedy consisted of in-stream stabilization techniques to prevent heavy metals from washing into the river. EPA has also implemented institutional controls to regulate the use of contaminated soils and future development on the site. Prior to deletion from the NPL, EPA conducted two Five-Year Reviews of the site’s remedy, which found the completed remedy remains protective of human health and the environment. The site is ready for potential reuse.

With the partial deletion of the Omaha Lead Superfund Site, EPA has removed an additional 117 properties from the NPL. The site, consisting of approximately 27 square miles of property within the metro area of Omaha, Nebraska, is the single largest residential lead contamination site in the nation. Soils across a broad swath of Omaha were contaminated with lead over more than a century, primarily from the operation of a major lead smelter situated along the west bank of the Missouri River, which sent particulate lead aloft from its smokestacks and deposited it on the landscape. Other sources of lead contamination at the site included a former paint manufacturer, former lead battery plant, and the decay of lead-based paint from homes and other structures. Since 2013, EPA has deleted 2,166 residential properties at the site from the NPL. EPA plans to continue partial deletions in 2021 at qualifying properties.

In 1998, noting health data that showed elevated blood lead levels in the city’s children, Omaha’s City Council asked EPA to help address lead-contaminated soils in the city’s residential yards, as well as child care facilities, schools, playgrounds and parks. Since EPA began its work in 1999, the Agency has sampled over 40,000 properties and cleaned up over 13,000 that were found to contain elevated levels of lead. After 16 years of work on the cleanup, child blood lead levels have dropped measurably in the city and are now lower than the national average.

EPA deletes sites or parts of sites from the NPL when no further cleanup is required to protect human health or the environment. Years, and sometimes decades, of complex investigation and cleanup work have gone into getting these sites to where they are today. This important milestone indicates to communities that cleanup is complete and that sites are protective of human health and the environment.

While EPA encourages site reuse throughout the cleanup process, deletions from the NPL can help revitalize communities and promote economic growth by signaling to potential developers and financial institutions that cleanup is complete. Over the past several years, the Agency has focused on streamlining the deletion process and increasing the number of opportunities to demonstrate to communities that cleanup is complete.

Learn more about EPA’s NPL deletions. To search for information about these and other NPL sites, visit EPA’s website.

Learn more about the Annapolis Lead Mine Superfund Site