WASHINGTON – Yesterday, Environmental Protection Agency (EPA) Administrator Andrew Wheeler addressed the National Press Club where he laid out his priorities as Administrator and shared what he viewed to be biases in coverage regarding the Trump Administration’s EPA.

Early in his remarks, Administrator Wheeler stated that "the media does a disservice to the American public and sound policy-making by not informing the public of the progress this nation has made." He noted this after discussing the immense progress the U.S. has made in reducing the six main criteria air pollutants and carbon emissions all while growing the economy.

While laying out these points, one reporter from Yahoo News decided to deliberately spread false information on twitter by misreporting Administrator Wheeler's comments. The tweet states " 'The media does a disservice to the American public' by reporting on global warming, says EPA head Administrator Wheeler. Wants more positive coverage."  This tweet was retweeted over 500 times by many in the media despite being false. 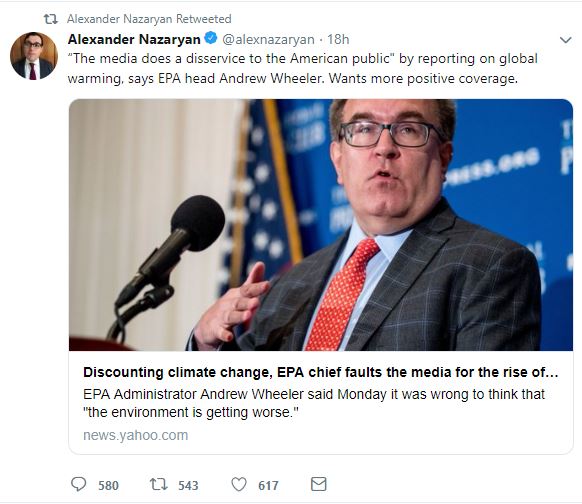 Not once in his speech, did Administrator Wheeler call on ignoring global warming. In fact, in the Q&A portion he stated that the Agency is addressing climate change with its upcoming Affordable Clean Energy (ACE) Rule.

This false tweet was aggregated by reporters from the New York Times who failed to fact check the tweet for its veracity, but rather used the inaccurate information to advance on their own narrative.

The false tweet was also used by special interest groups to promote their agenda. 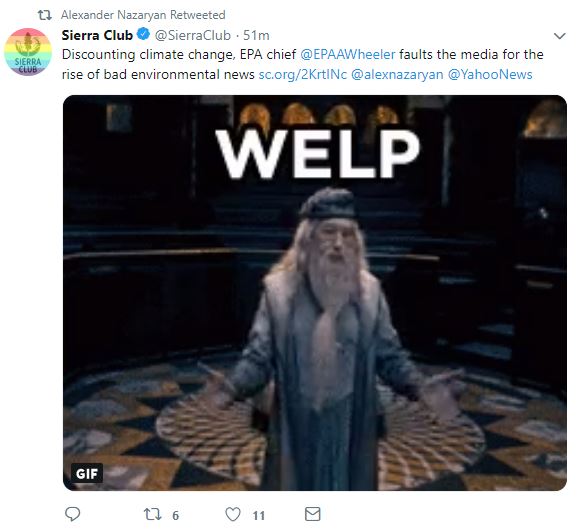 Facts are a stubborn thing, and we hope the media will cover them as such.