Where this occurs: Ground Water and Drinking Water 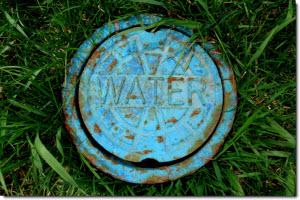 As ground water works its way through the soil, it can pick up excess nutrients and transport them to the water table. When polluted groundwater reaches drinking water systems it can pose serious public health threats.

The City of Waupaca, Wisconsin, identified elevated levels of nitrate, a form of nitrogen, in its municipal ground water supply in the early 1990s, mainly due to agricultural activities. Highly-permeable soils in the area facilitated filtration of nitrate into the soil, allowing it to easily contaminate the ground water, the primary drinking water source for Waupaca.