An Introduction to Ocean and Coastal Acidification 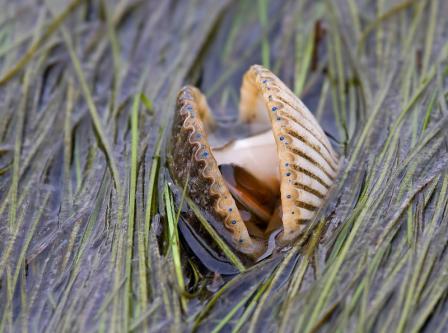 Acidification harms marine life and resources important to humans, like this scallop.

Ocean and coastal acidification can harm plants and animals. Shell-forming animals like clams and oysters are particularly vulnerable. Impacts to sensitive species will likely have a ripple effect on all kinds of life in the ocean. Ultimately, key resources like seafood that humans rely on will be affected. Because of this serious issue, EPA is working to address ocean and coastal acidification— and you can help too.