What EPA is Doing to Address Ocean and Coastal Acidification

EPA is working to reduce two categories of pollution that cause acidification: carbon dioxide emissions and excess nutrients. Furthermore, EPA is collaborating with federal and non-federal partners to monitor ocean and coastal acidification. 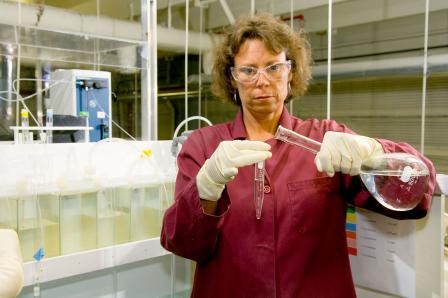 Part of the US Government’s Executive Branch called the Subcommittee on Ocean Science and Technology administers the Interagency Working Group on Ocean Acidification. This interagency working group addresses the congressional mandate of the Federal Ocean Acidification Research and Monitoring Act of 2009. As a member of the interagency working group, EPA coordinates with other federal agencies to study ocean and coastal acidification. EPA’s research focuses on four main areas:

Besides EPA, 13 other federal agencies comprise the Interagency Working Group on Ocean Acidification. Among those agencies, those with web resources that deal with ocean acidification are listed below.