EPA may issue emergency permits under the Marine Protection, Research and Sanctuaries Act (MPRSA) only in situations where the material to be disposed poses “an unacceptable risk relating to human health and admits of no other feasible solution.” “Emergency” refers to situations requiring action with a marked sense of urgency, but is not limited to circumstances requiring immediate action. Under the MPRSA and EPA’s ocean dumping regulations (40 CFR 220.3(c) (2 pp, 183 K, About PDF)), emergency permits may not be issued for the ocean dumping of the following materials:

Dumping site locations for the materials dumped under an emergency permit are specified as a permit condition and are based on EPA’s evaluation of the characteristics of the material and the safest means for its disposal. EPA endeavors to consider the general and specific ocean dumping criteria (40 CFR 228.5 and 228.6) in identifying dump site alternatives, when possible. 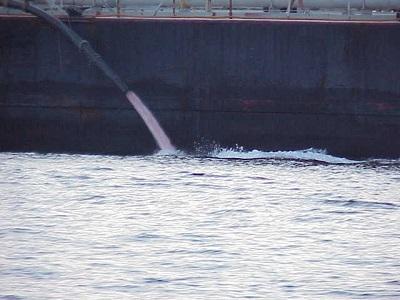 Dumping the wastewater from Piney Point.

In 2003, EPA issued an MPRSA emergency permit to allow the at sea disposal of treated wastewater from the abandoned Piney Point phosphate fertilizer plant in Manatee County, Florida, into waters of the Gulf of Mexico via slow release from a vessel transiting the Gulf. The wastewater holding ponds at the former plant were full. The seasonal likelihood of a heavy weather event, such as a major rainfall resulting from tropical storms, presented substantial concern of breach from the dikes creating the ponds. A breach from the dikes could have resulted in a potentially substantial release of acidic wastewater across residential areas and into Tampa Bay, an inland bay on the Gulf of Mexico. The release of such a large volume of wastewater would have posed an unacceptable risk to human health and the urgency of the situation admitted no other feasible solution.

In 2007, EPA issued an MPRSA emergency permit to the U.S. Coast Guard (USCG) for the ocean disposal of a gray whale carcass. The gray whale had drifted ashore in a residential area and posed an unacceptable risk to human health as well as a navigation hazard. USCG towed the carcass to an EPA-determined location far from shore, weighed it down and sunk it deep in the ocean to prevent floatation and allow for gradual disintegration.

On August 18, 2016, EPA’s Region 6 office issued an MPRSA emergency permit to Anglo-Eastern Ship Management Ltd. and Federal Oceans Ltd. to transport approximately 350 metric tons of Distiller’s Dried Grains with Solubles from waters offshore of Morocco for disposal on the high seas in the waters of the Atlantic Ocean. Note that the emergency permit was not used because the DDGS was brought to shore in Morocco for land disposal.

Emergencies to safeguard life at sea