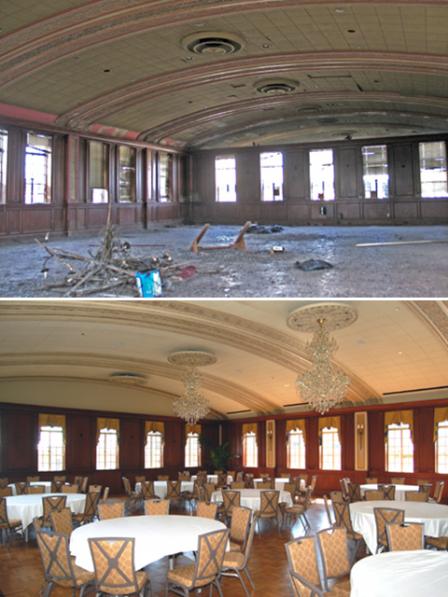 Skirvin Hotel before and after revitalization.

Oklahoma City, Oklahoma shows that “planning the work and working the plan,” can result in monumental changes to a community. Since the beginning of their Brownfields Program in 2003, they have been the recipient of nine EPA Brownfields Grants, creating a new city from the inside out. They consistently focus on recycling underutilized commercial and industrial properties back to productive use, creating a vibrant community in the very spots that were plagued with crime and blight.

The number of properties assessed and/or remediated now stands at 45 with funding from the EPA Brownfields Program, but the shining star on their skyline has to be the Devon Energy Tower, followed closely by the historic (and some say haunted) Skirvin Hotel (see photos on the right). Other significant projects on former brownfields include the Bricktown area; where their ballpark, a waterway, shops, stores, police and fire department facilities, and other developments are created in areas with previous environmental challenges.

The Devon Energy Plaza is the new national headquarters for the energy company and includes the previous Galleria Parking Garage owned by Oklahoma City Urban Renewal Authority. The OKC Brownfields Program was instrumental in advancing this project by performing an environmental assessment of this property as part of Devon’s pre-acquisition due diligence requirement. The assessment discovered under-ground tanks and contaminated soils that required remediation through the Oklahoma Corporation Commission. The site had 6,280 cubic yards of contaminated soils and 61,814 gallons of contaminated water removed. This 850-foot tall Tower is the tallest structure in Oklahoma. The Project partners include the OCC, Devon Energy, and Oklahoma City as a Cooperating Partner.

The Devon Tower was the site for the first ever, cross regional EPA Brownfields Partners’ Forum with EPA Regions 6 and 7. With the City’s central location, between both regions, they were able to make this Partners’ Forum a huge success. This allowed grantees and the regions to network and establish methods for advancing the Brownfields Program for their constituents in one of the premier sites for Oklahoma City and Region 6. 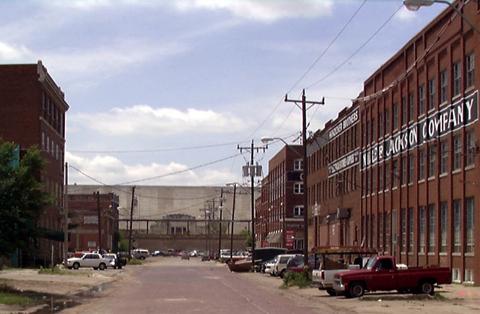 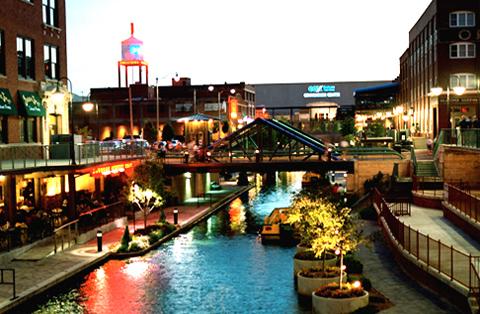 Core to Shore Project was awarded as this year’s only recipient of a Site Specific Assessment Grant for the region in the amount of $350,000.00. It is known that the project is an ambitious undertaking and a formidable task, requiring additional assistance in making the Urban Park come to fruition. But because of the strong track record Oklahoma City has shown and their pass successes, they were granted the request for an additional $150,000.00, as allowed by the EPA grant process. These grant funds will be used to perform numerous Phase I Environmental Site Assessments on the remaining properties to be acquired for the downtown park and a comprehensive Phase II study. To announce the award, they hosted a media event, which included Mayor Mick Cornett and EPA Region 6 Acting Regional Administrator, Samuel Coleman.

Core to Shore will showcase a 70-acre park, within the boundaries of Hudson Avenue on the West, Robinson Avenue on the East, the future Boulevard on the north (SW Third Street) and the Oklahoma River to the South. This previously blighted area of the City is being rejuvenated. To date, the city has completed over $350,000 in assessments and has committed to $132,168,000 in additional funding to this project.

Downtown Public Park consists of a 40-acre upper section and a 30-acre lower section connected by the Skydance pedestrian bridge that spans the relocated Interstate 40 Freeway. Reuse will be largely greenspace, making a great central park with proposed amenities including a manicured lawn for concerts and festivals, a lake, walking trails, and a large plaza. Started in June 2010, the city is currently working on a Phase II Environmental Site Assessment on property that represents over 40 acres of the Park. The northern portion of the park area historically was used in various industrial businesses and the lower portion of the park area includes a number of current and historical auto salvage and auto repair related businesses. Past oilfield activity is also prevalent in the area.

Skydance Pedestrian Bridge was completed this year and located between the North Urban Park and the South Urban Park, crossing the new I-40 Corridor. This $6 million project consisted of removing and disposing contaminated soil on the bridge’s footing parcels, which totaled about $50,000. The Contaminants found were petroleum hydrocarbons, benzene, toluene, ethylbenzene, xylene, and degradation compounds; SVOCs; and metals. TCE, DCE and MtBE were also detected in groundwater samples.

The City recognizes that the long established partnerships are paramount to these successes and wishes to acknowledge the Oklahoma City Urban Renewal Authority, Oklahoma Department of Transportation, Alliance for Economic Development, ODEQ, OCC and the EPA Region 6. Through the city’s collaborative efforts with State, community based organizations, impacted neighborhoods and private industry, their Brownfields Program continues to serve as a model for successfully revitalizing blighted areas while protecting human health and the environment.

With these types of revitalizations, more and more new businesses are responding to the growing opportunities. Oklahoma City's central core is aggressively being renewed and is making the City a rising center of art and culture with a great quality of life.