EPA and the U.S. Department of Justice have reached agreement with a major water utility in the greater Philadelphia area to significantly reduce sewage discharges to the Delaware River and local creeks.

In a proposed consent decree, DELCORA has agreed to develop and implement a plan to control and greatly reduce overflows of its sewer system, which will improve water quality in the Delaware River, Chester Creek and Ridley Creek near Philadelphia, and help reduce direct exposure to raw sewage in the authority’s many low-income service area communities.

EPA estimates the DELCORA could spend as much as $200 million to implement an overflow control plan that complies with the Clean Water Act. According to DELCORA, the volume of combined sewage that overflows from the system is approximately 739 million gallons annually.

Once the specific pollution control measures are selected and approved, the settlement requires DELCORA to implement the plan as quickly as possible with a 20-year deadline from when the settlement is filed in court to complete the necessary controls. DELCORA must also pay a $1.375 million penalty for prior violations.

The settlement stands to address longstanding problems with DELCORA’s combined sewer system, which when inundated with stormwater, discharges raw sewage, industrial waste, nitrogen, phosphorus, and polluted stormwater into the two local creeks and the Delaware River.

DELCORA’s wastewater facilities serve approximately 500,000 people in the greater Philadelphia area, including many low-income communities. The settlement will help reduce residents’ direct exposure to raw sewage. Such exposure can result in impacts ranging from stomach cramps and diarrhea to life-threatening ailments.

The consent decree also requires DELCORA to notify the public of CSO discharges using a visual notification system, including warning lights and flags at CSO outfalls, where a sewer empties into local waterways. 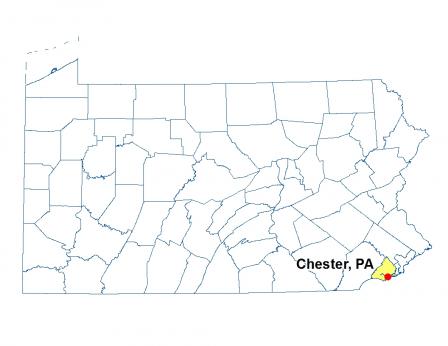 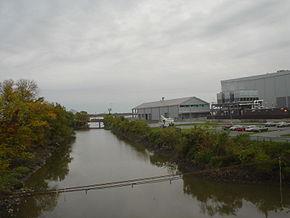 Ridley Creek near the mouth of the Delaware River