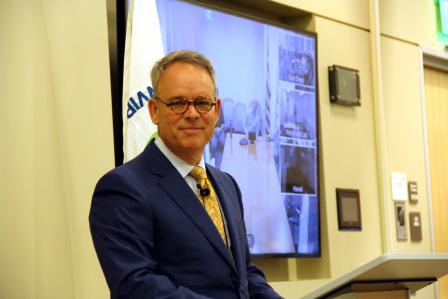 Regional Administrator John Busterud spoke at an all-hands meeting during his first week at EPA.John Busterud was appointed Regional Administrator of EPA’s Pacific Southwest region in February. Mr. Busterud has over 30 years of experience as an environmental and energy attorney. He is also a retired U.S. Army Colonel with multiple Combined, Joint and Interagency assignments, including active duty deployments in support of Operations Iraqi Freedom, Enduring Freedom and Combined Forces Command on the Korean Peninsula. 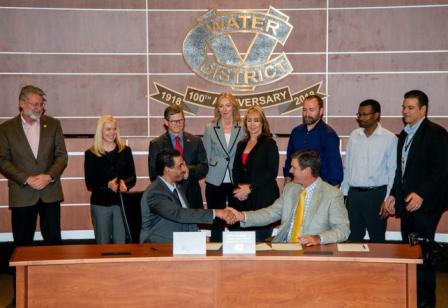 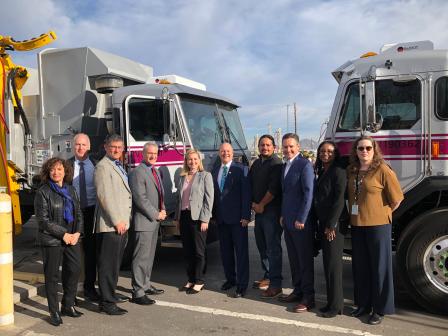 Phoenix Mayor Kate Gallego (center) and other officials at the Cleaner Trucks Initiative event in Arizona.In January, at an event with Phoenix Mayor Kate Gallego, EPA, state and local officials, along with the American Trucking Association, announced steps to advance the national Cleaner Trucks Initiative (CTI) in Arizona. The CTI aims to establish, through rulemaking, more stringent emissions standards to reduce nitrogen oxide and other pollutants from heavy-duty truck engines.

EPA, the Department of Justice, and the state of California have reached a settlement with Kohler Co. resolving alleged violations of the Clean Air Act and California law. Under the terms of the settlement, Kohler will retire unlawfully generated hydrocarbon and nitrogen emission credits. Retirement of these credits will result in approximately 3,600 tons of emissions reductions. 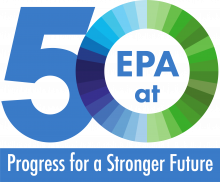 EPA Turns 50 This Year!
Join us in our year-long
50th anniversary celebration.

Action Plan for
Per- and Polyfluoroalkyl Substances (PFAS)

During the past year EPA has made significant progress under the PFAS Action Plan to help states and communities address protect public health.