Known as “The Battleship of Presidents,” the USS Iowa is a museum ship berthed at the Port of Los Angeles. Almost 900 feet long, this ship was conceived in the late 1930s as the first of four 45,000-ton battleships. 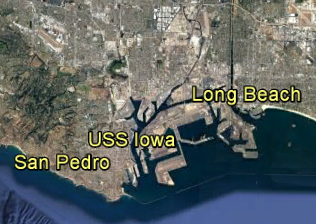 Ship location, Port of Los AngelesIn use for almost 50 years, it was labeled the "World's Greatest Naval Ship" because of its specialized capabilities - big guns, heavy armor, fast speed, longevity and modernization flexibility - allowing the ship to keep pace with naval technology. In 1943, the USS Iowa carried President Franklin Roosevelt across the Atlantic to meet with British Prime Minister Winston Churchill and Soviet Premier Joseph Stalin in Tehran. Controlling exposure to PCBs has facilitated preserving this ship’s unique history as a popular museum attraction with guided tours daily.

USS Iowa from above

EPA has oversight for cleanup of PCB (polychlorinated biphenyls)-contaminated soil, concrete, and other materials under the Toxic Substances Control Act (TSCA). Typical of historic ships, some materials onboard (electric cable insulation, gaskets, and equipment oil) contain PCBs. EPA banned the manufacture of PCBs and restricted their use in 1979 except for certain limited applications. 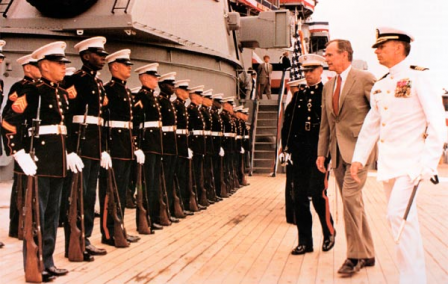 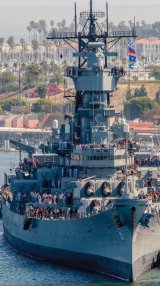 Photo Credit: Pacific Battleship CenterThe USS Iowa museum was opened to the public on July 7th, 2012 and is being operated by fifty-two Pacific Battleship Center employees. Reuse of the USS Iowa as a museum has been a significant economic benefit to the local community, estimated to have provided at least $11,332,539 in total economic impact to the region in 2013. The Pacific Battleship Center spends its approximately $2.8 million annual budget each year on goods and services. The museum sells tickets to approximately 240,000 visitors annually and hosted over 14,000 students on school trips in 2017. The reuse of the USS Iowa ship as a museum also preserves a unique part of American history for future generations.

Sacramento Municipal Utility District (SMUD) Headquarters, a 130,000-square foot office building, was constructed in 1959 in Sacramento, Calif. The building is listed on the National Register of Historic Places and considered a prime example of International Style architecture. A few years ago, SMUD set a plan in motion to completely renovate the building and pursue LEED (Leadership in Energy and Environmental Design) Gold certification, a multi-million dollar project. 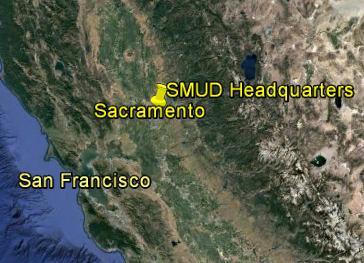 Site location in City of SacramentoThe building was tested for polychlorinated biphenyls (PCBs) during 2014-2016 pre-renovation inspections. PCBs were found in both interior and exterior building materials and adjacent soils. The building also contained other hazardous wastes requiring remediation, such as asbestos and lead paint.

Beginning around 1950, many building materials (such as sealants, caulk, paint, and mastics) were made with PCBs, until EPA banned their manufacture in 1979. If these materials are found to contain PCB concentrations greater than 50 parts per million (ppm), they must be removed and disposed of in accordance with the Toxic Substances Control Act (TSCA). 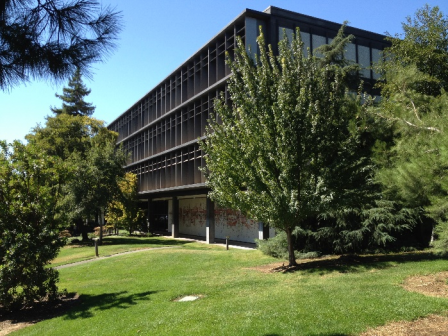 Pre-Renovation Photo
Photo Credit: Wcaroll3 via Wikimedia CommonsPre-1979 building materials made with PCBs often leach PCBs into adjoining surfaces, such as wood, concrete, or masonry. These adjoining materials can be removed and disposed of in accordance with TSCA when a building is renovated or demolished or left in place if adequately encapsulated and/or cleaned. PCB-contaminated soil, gravel, and pavement, as well as material remediated-in-place, is subject to EPA oversight and approval. 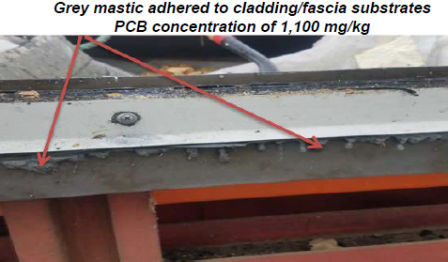 PCB-containing sealant on building roof
Source: Final Second Amendment to the Polychlorinated Biphenyl Notification and Remedial Plan, July 2018In November 2016, EPA conditionally approved the PCB remediation elements of SMUD’s plan, which set an upper limit of 0.24 parts per million (ppm) for PCB concentrations. The plan called for disposal of several materials and soil with PCB concentrations exceeding this limit, encapsulating subfloor concrete with an epoxy coating, and decontaminating surfaces to less than five micrograms per hundred square centimeters after removal of building materials manufactured with PCBs. EPA’s approval is contingent upon adoption of a restrictive land use covenant for remediated PCB-impacted surfaces left in place, to prevent building occupants from being exposed to PCBs in the future. 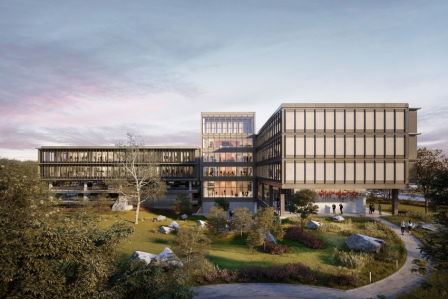