In September 2012, the Hawaii Department of Health found trace amounts of polychlorinated biphenyls (PCBs) in drinking water samples collected from Princeville’s water supply system on the island of Kauai. The Princeville Utilities Company, Inc. (PUCI), identified the source of PCBs as Princeville’s primary drinking water storage tank. The 1.5 million-gallon above-ground concrete tank was built in the early 1970s. High concentrations of PCBs were found in some of the materials used in the tank’s construction, including the interior sealant made of coal tar and caulking. 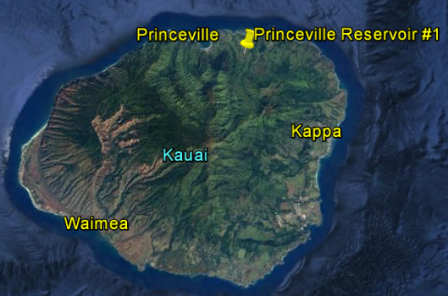 Site Location on Kauai, Hawaii (click to enlarge)The use of PCBs in products was banned in 1979. PCBs don’t dissolve easily in water alone, but they are very soluble in fat and similar substances, such as oils. 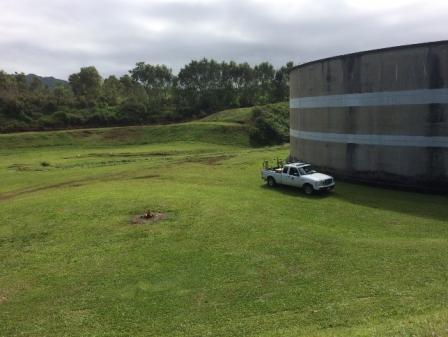 AECOM, the environmental consulting firm contracted by PUCI in 2013, detected PCBs in the oily sheen from inside the tank ranging from 0.99 ug/L to 39 ug/L, as well as PCB concentrations in soils near the tank up to 18 mg/kg.

May 2013, PUCI submitted a Remedial Action Plan to EPA for PCB cleanup at the site. EPA approved the plan in June, laying out specific conditions for PCB characterization and cleanup. EPA has oversight responsibility for cleanup of PCB-contaminated soil, concrete, and other materials under the Toxic Substances Control Act (TSCA). 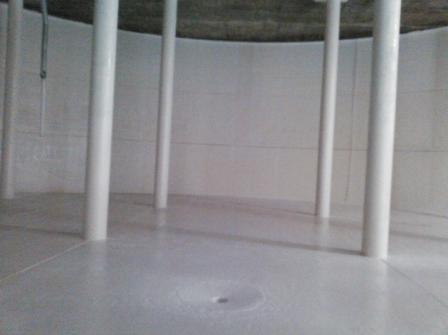 In 2014, PUCI removed and properly disposed of caulking, sealant, and other materials inside the tank with PCB concentrations over 50 mg/kg. PUCI utilized a high-pressure water wash to remove the coal tar sealant. After thoroughly cleaning and rinsing the concrete surface, PUCI coated it with an epoxy sealant and returned it to service. Exterior caulk was removed or encapsulated.

During the cleanup process, some of the PCB-contaminated oily sheen from the tank was released and flowed downhill into nearby Anini Stream. 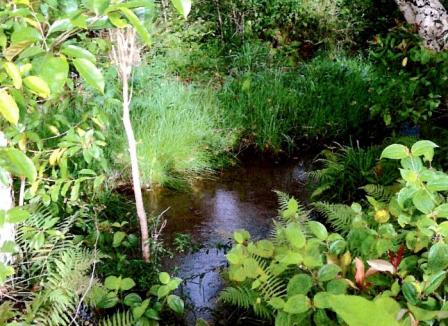 Anini Stream (click to enlarge)
Photo Credit: AECOMAECOM conducted sampling for PCBs in soils downgradient from the tank and stream sediments in 2015-16. The sampling found elevated concentrations of PCBs, particularly in sediment at the bottom of a storm drain vault that contained small chips of caulk, likely released from the tank’s exterior in rain events or from cleanup activities.

The U.S. Fish and Wildlife Service surveyed the area around the stream for threatened or endangered species. PUCI is currently developing a soil and sediment cleanup plan for EPA’s review. The cleanup plan will be designed to meet risk-based remediation goals for human and ecological receptors for the impacted areas, including potential recreational users of the stream.

From 1957 to 2002, the Imperial Irrigation District (IID), a public utility, owned and operated the Rio Vista electrical substation in Brawley, Calif. When operations ceased at the 0.47-acre site in February 2002, IID removed all the electrical equipment and concrete slabs, leaving bare ground surrounded by a chain link fence. The former substation property is located in a residential area, immediately adjacent to the Phil Swing Elementary School, Brawley’s largest elementary school. 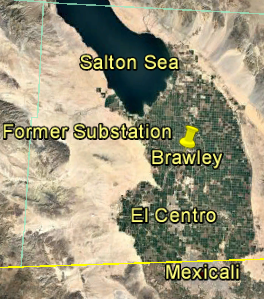 Former IID Substation in Brawley, CAIn preparation to donate the property to the school, IID conducted an environmental assessment in early 2011. It found that old electrical equipment at the former substation site had leaked toxic polychlorinated biphenyls (PCBs) into the soil, with PCB concentrations up to 363 parts per million (ppm).

PCBs were used in electrical transformers and other electrical equipment manufactured between the 1920s and 1970s, until the manufacture of PCBs was stopped in 1977. PCB-contaminated soil resulting from a spill, release, or other unauthorized disposal is subject to requirements in the Toxic Substances Control Act (TSCA), unless the concentration is < 50 ppm and the release occurred before 1978. EPA has oversight for the cleanup of such PCB-impacted soil , referred to as PCB remediation waste. 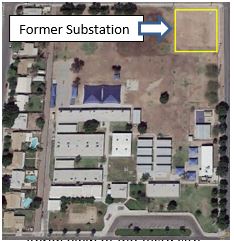 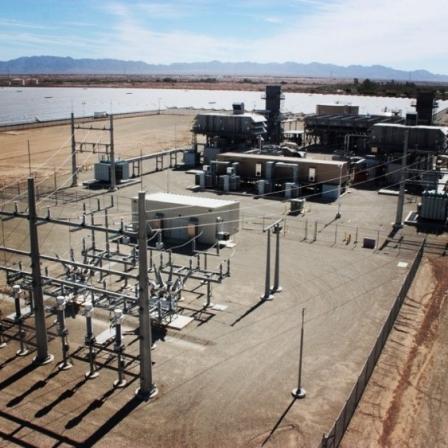 IID Substation
Photo Credit: IID Facebook PageHowever, because PCB remediation waste was found at the Rio Vista site that had not been properly disposed according to TSCA requirements, this was a TSCA violation. EPA recognized the potential risk of exposure to PCBs from both pre-1977 PCB-containing electrical equipment still in operation within IID’s service territory as well as former IID substation locations similar to Rio Vista.

The 2015 settlement agreement also provided for IID to perform a compliance audit for the presence of PCBs at nine inactive substations. In conducting the audit, IID found PCBs in soils at levels greater than 50 ppm at two of the former substations, located in Indio and Coachella. Under EPA’s oversight, IID removed approximately 1,800 tons of PCB-impacted soil and debris from the Indio site and 700 tons from the Coachella site, cleaning the sites to a level suitable for unrestricted use. Soil sampling at the remaining inactive substations similarly found PCB concentrations below levels suitable for unrestricted use, with the exception of two separate locations at the former IID Valley substation, which were remediated. A second settlement agreement in September 2016 waived penalties for TSCA violations discovered at the Indio and Coachella sites, acknowledging that IID satisfied all the criteria under EPA’s Compliance Audit Policy. 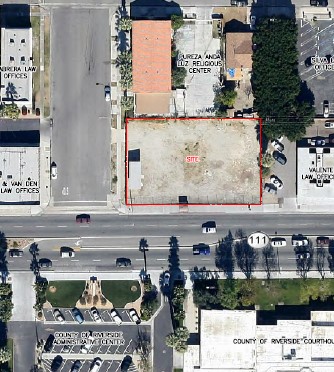 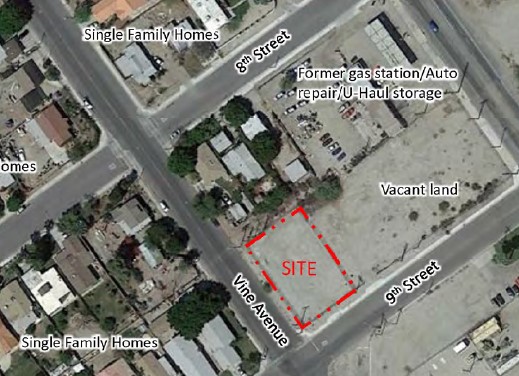