EPA in the Pacific Islands 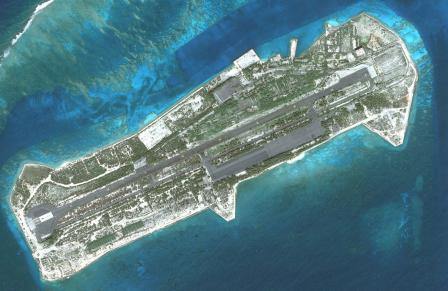 Click to enlargePursuant to the Resource Conservation and Recovery Act (RCRA), EPA is responsible for permitting facilities that manage RCRA-regulated hazardous wastes on United States Minor Outlying Islands, including Johnston Atoll which is under Air Force ownership and control. Johnston Atoll is currently uninhabited except for visits by U.S. Fish and Wildlife Service employees that are authorized by the Air Force. A RCRA permit, modified in 2004, was issued to the Air Force to conduct Corrective Action responsibilities on Johnston Atoll. The Air Force submitted an application to EPA to renew the permit in 2011 and submitted an updated application in September 2018.

Johnston Atoll is located in the Pacific Ocean about 717 nautical miles west-southwest of Hawaii. Johnston Island is the largest of four islands in the atoll complex. The other three islands are Sand Island, a natural islet, and North (Akau) and East (Hikina) Islands, which are manmade. Johnston Atoll is an unincorporated territory of the United States and is one of the oldest and most remote atolls in the world. Access to the atoll is via ocean vessel. As the only shallow water and dry land area in 450,000 square miles of ocean, Johnston Atoll is an oasis for reef and bird life. This includes coral and coralline algae, about 300 species of reef fish, threatened green sea turtles, and seabirds such as the great frigatebird, red-footed booby, redtailed tropicbird, sooty tern, and others. Johnston Atoll is also considered habitat for the endangered Hawaiian Monk Seal and a threatened coral species.

If you experience a problem reading a document with assistive technology, please contact us.
You may need a PDF reader to view some of the files on this page. See EPA’s About PDF page to learn more.