Click the image below to enlarge the periodic table and see which exist only as radioactive isotopes and are sources of radiation.

Estimate your yearly dose from the most common sources of ionizing radiation with this interactive online dose calculator.

Cosmic radiation comes from extremely energetic particles from the sun and stars that enter Earth’s atmosphere. Some particles make it to the ground, while others interact with the atmosphere to create different types of radiation. Radiation levels increase as you get closer to the source, so the amount of cosmic radiation generally increases with elevation. The higher the altitude, the higher the dose. That is why those living in Denver, Colorado (altitude of 5,280 feet) receive a higher annual radiation dose from cosmic radiation than someone living at sea level (altitude of 0 feet). Learn more about cosmic radiation in RadTown, EPA's radiation education web area for students and teachers.

Radioactive Materials in the Earth and in Our Bodies

Uranium and thorium naturally found in the earth are called primordial

primordialExisting since the formation of the solar system, naturally occurring. radionuclide

radionuclideRadioactive forms of elements are called radionuclides. Radium-226, Cesium-137, and Strontium-90 are examples of radionuclides.s and are the source of terrestrial radiation. Trace amounts of uranium, thorium and their decay products can be found everywhere. Learn more about radioactive decay. Terrestrial radiation levels vary by location, but areas with higher concentrations of uranium and thorium in surface soils generally have higher dose levels.

Traces of radioactive materials can be found in the body, mainly naturally occurring potassium-40. Potassium-40 is found in the food, soil, and water we ingest.  Our bodies contain small amounts of radiation because the body metabolizes the non-radioactive and radioactive forms of potassium and other elements in the same way.

A  small fraction of background radiation comes from human activities. Trace amounts of radioactive elements have dispersed in the environment from nuclear weapons tests and accidents like the one at the Chernobyl nuclear power plant in Ukraine. Nuclear reactors emit small amounts of radioactive elements. Radioactive materials used in industry and even in some consumer products are also a source of small amounts of background radiation. Learn more about radiation and consumer products.

All of us are exposed to radiation every day, from natural sources such as minerals in the ground, and man-made sources such as medical x-rays. According to the National Council on Radiation Protection and Measurements (NCRP), the average annual radiation dose per person in the U.S. is  6.2 millisieverts (620 millirem). The pie chart below shows the sources of this average dose. 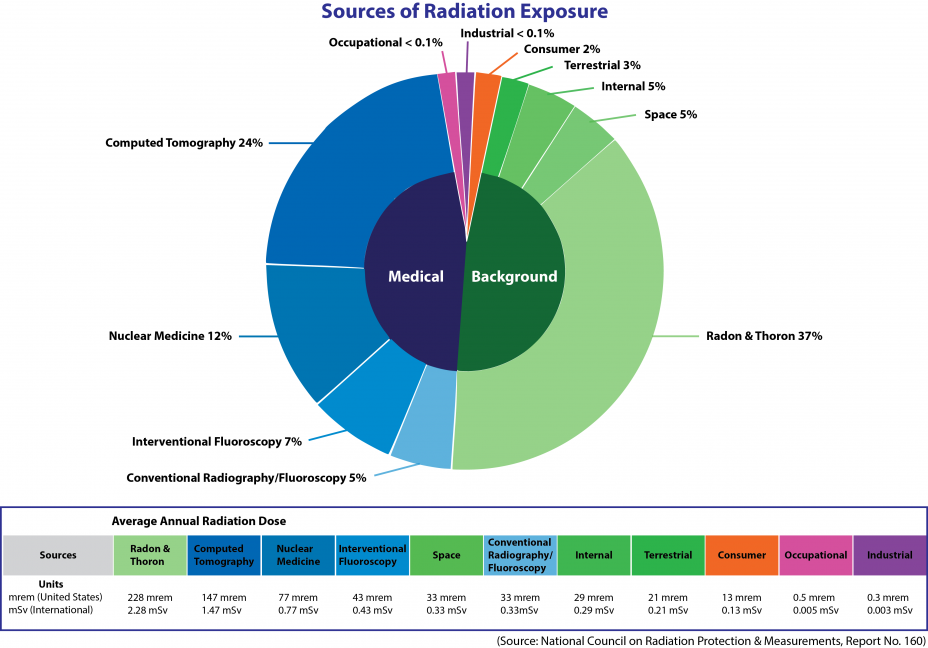 Most of our average annual dose comes from natural background radiation

Another 48 percent of the average American’s dose comes from medical procedures. This total does not include the dose from radiation therapy used in the treatment of cancer, which is typically many times larger.

Use the Radiation Dose Calculator to estimate your yearly dose from sources of ionizing radiation. 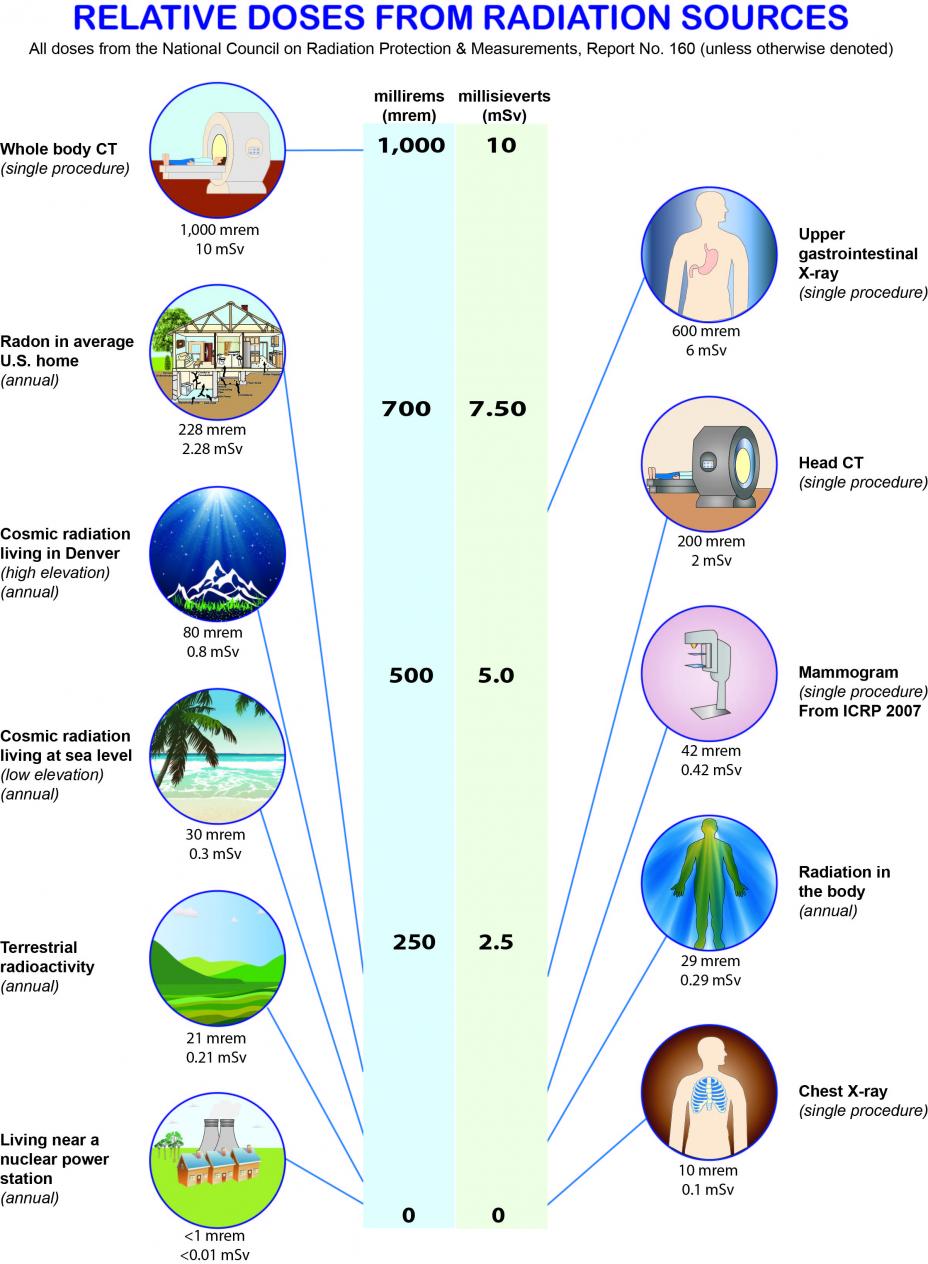