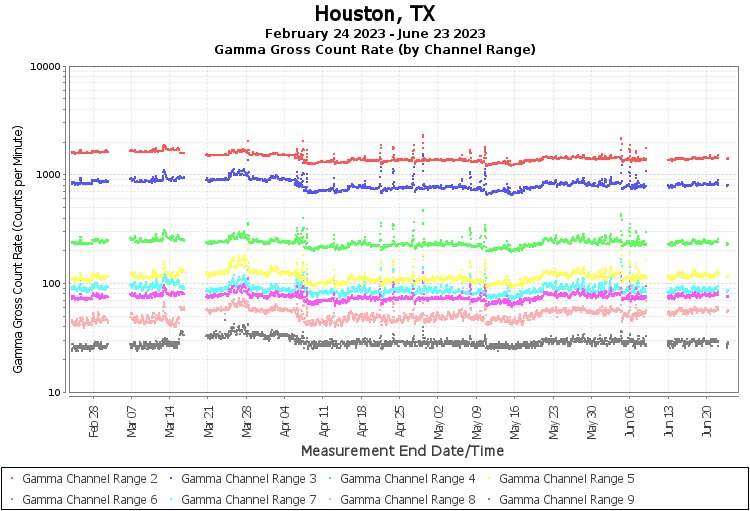 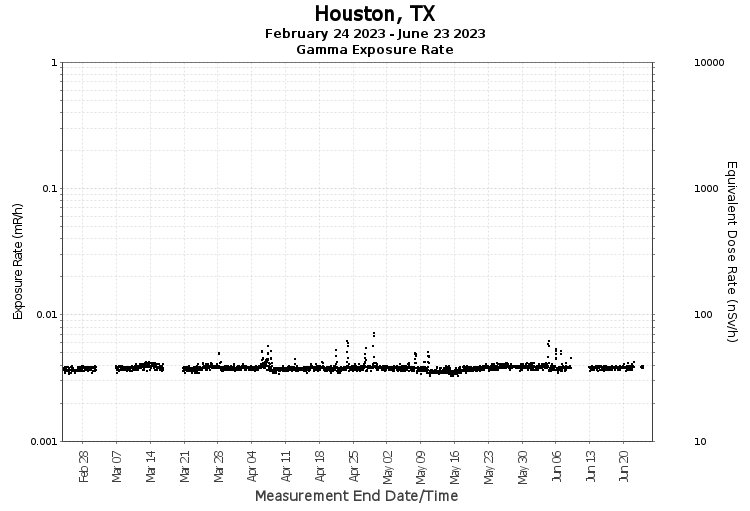 Air filters undergo three separate analytical processes, as illustrated below. Results from the initial near-real-time measurements of gamma radiation emitted from particulates (Step 1) are posted on the “Gamma Gross Count Rate” tab. Air Filter Analysis results (Steps 2 and 3) are reported below in the conventional unit of curies (Ci) per cubic meter of air. Learn more about curies and the international SI unit of becquerel (Bq).