Final Renewable Fuel Standards for 2017, and the Biomass-Based Diesel Volume for 2018

The standard for biomass-based biodiesel – which must achieve at least 50 percent lifecycle greenhouse gas emission reductions compared to petroleum-based diesel – grows by 100 million gallons. The required volume of biomass-based diesel for 2017 is twice as high as the minimum congressional target.

Cellulosic biofuel – which must achieve at least 60 percent lifecycle greenhouse gas emissions reductions – grows by 35 percent over the 2016 standard.

The advanced biofuel standard – which is comprised of biomass-based diesel, cellulosic biofuel, and other biofuel that achieves at least 50 percent lifecycle greenhouse gas emissions reductions – increases by 19 percent over the 2016 standard. 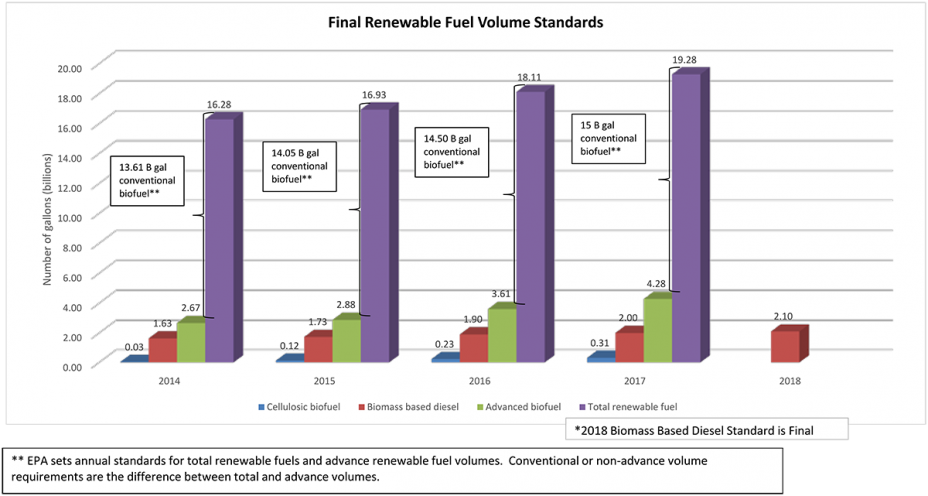