Proposed Renewable Fuel Standards for 2017, and the Biomass-Based Diesel Volume for 2018

The proposed volumes would represent growth over historic levels: 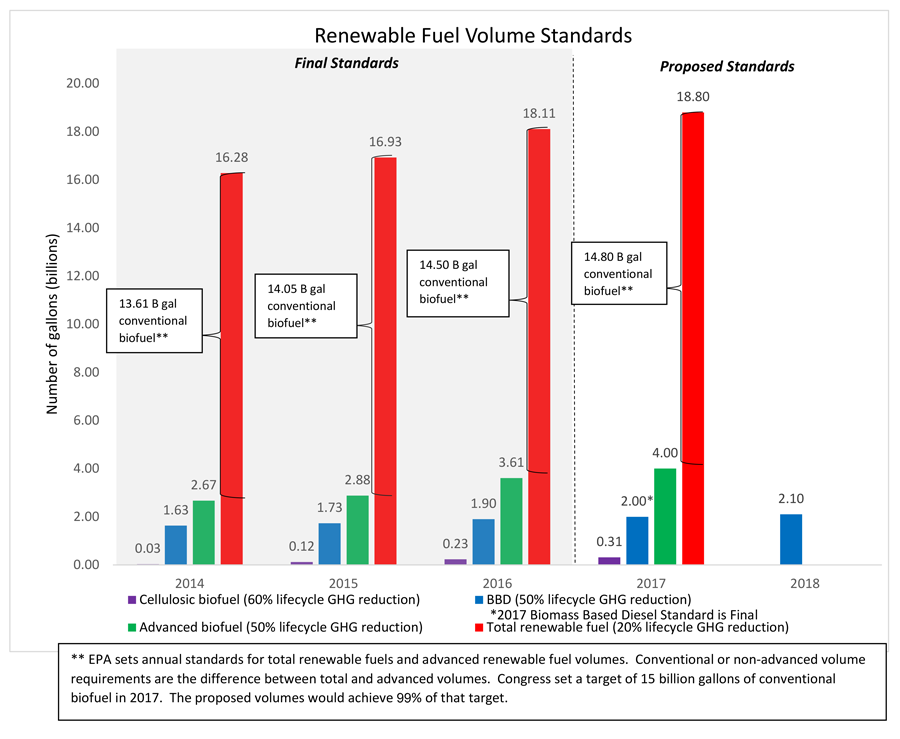