EPA turns 50 this year. Since the beginning, our Agency has been grounded in science. EPA’s water research provides the science and innovative technologies that the Agency and the nation need to maintain drinking water resources and systems, as well as to protect the chemical, physical and biological integrity of the nation’s waters. Here are some of our most important research achievements over the last 50 years.

See also:
History of EPA Research
EPA at 50: Progress for a Stronger Future 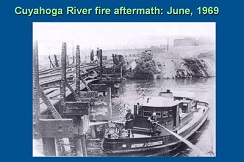 The Cuyahoga River in Ohio becomes so polluted that it catches on fire. The fire helped spur an avalanche of water pollution control activities, such as the Clean Water Act and the Great Lakes Water Quality Agreement. By bringing national attention to water pollution issues, the Cuyahoga River fire is one of the events that led to the creation of the U.S. EPA and the Ohio EPA.

Celebrating the Comeback of the Burning River, 1969-2019 Exit(Source: Ohio EPA) 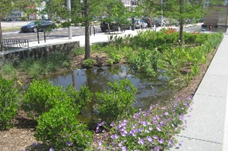 EPA scientists develop and release the first version of SWMM. The model now incorporates green infrastructure practices and is used widely throughout the world and is considered the gold standard in the design of urban wet-weather flow pollution abatement approaches. 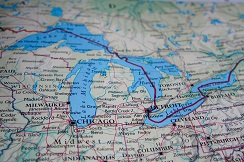 The U.S. and Canada agree to clean up the Great Lakes, which contain 95 percent of North America's fresh water and supplies drinking water to approximately 25 million people. EPA science contributes to the assessment and clean-up of the lakes. 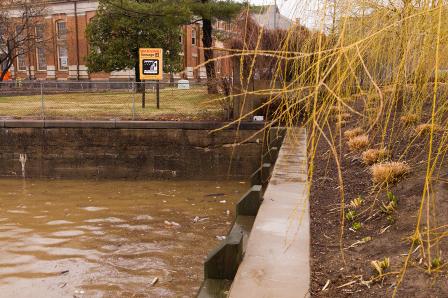 Summary of the Clean Water Act 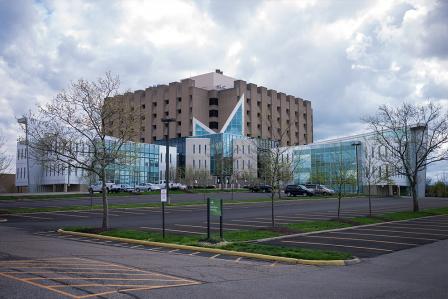 EPA chooses Cincinnati, Ohio as the site for its primary water research programs. A new water research facility is dedicated by President Gerald R. Ford as the EPA Environmental Research Center. The facility is later renamed in honor of its first director and is internationally recognized for drinking water research. 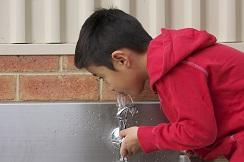 EPA researchers begin a decade of research focused on disinfection, treatment, and development of methods to treat stubborn pathogens. This follows the 1993 Cryptosporidiosis outbreak in Milwaukee and the 1991 reauthorization of the Clean Water Act. 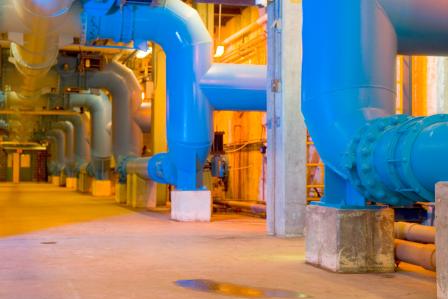 EPA releases the first version of EPANET, which is used throughout the world to model drinking water distribution systems. It can also be used to evaluate resilience to security threats or natural disasters. EPANET helps water utilities maintain and improve the quality of water delivered to consumers. 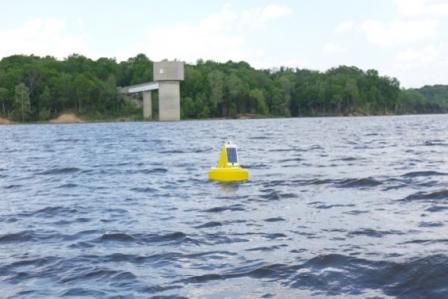 EPA completes the first community intervention study evaluating the public health benefits associated with Agency-mandated treatment of surface water used for drinking. This study is key in the National Estimate of Waterborne Diseases and in enforcement actions. 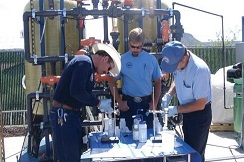 Based on the latest research, EPA adopts a new standard lowering the permissible amount of arsenic in drinking water from 50 µg/L to 10 µg/L. To help states meet these new standards, EPA researchers evaluate innovative and cost-effective water treatment technologies.  With 50 demonstration projects in 26 states, EPA provides water utility operators and regulators with important information about removing arsenic from drinking water. 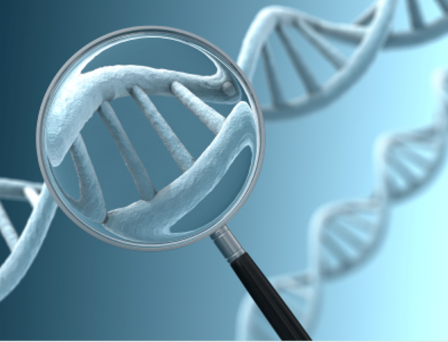 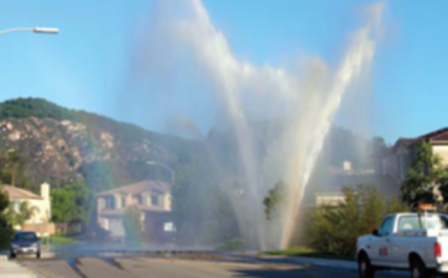 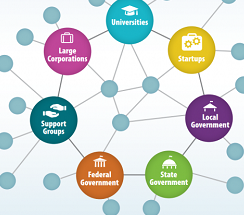 In partnership with the Small Business Administration, EPA announces the formation of Confluence, a Water Technology Innovation Cluster in the Dayton/Cincinnati/Northern Kentucky/Southeast Indiana area.  Water clusters help solve the Nation's environmental challenges by spurring technology innovation. EPA’s Cincinnati research facility was selected for this initiative because of its rich research and development infrastructure to anchor the effort technically. 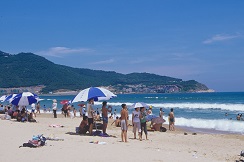 EPA develops a rapid method to determine within four hours if water is safe for recreational use, and a Virtual Beach software suite that uses local data such as wave height, water temperature and rainfall to forecast concentrations 24-48 hours in advance. The science is used to update the national recreational water quality criteria.

2012 - EPA Collaborates on the NetZero Project

EPA launches the Net Zero initiative with the Department of Energy and U.S. Army Corp of Engineers. Net Zero is a collaboration focused on developing and applying innovative approaches for reducing water use, and repurposing, recovering and recycling water resources at Fort Riley and other U.S. military bases. 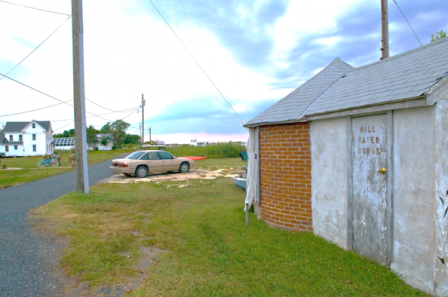 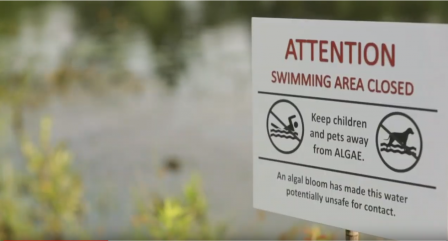 EPA teams with the National Aeronautics and Space Administration, the National Oceanic and Atmospheric Administration, and the United States Geological Survey to form the Cyanobacteria Assessment Network with a focus on developing tools using satellite data to help protect the public from harmful algal blooms (HABs) in fresh water. 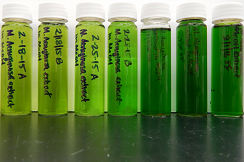 EPA scientists finalize a new method for determining the presence and concentrations of cyanobacterial toxins in drinking water. These toxins are produced by harmful algal blooms in water and cause health risks for humans and animals. 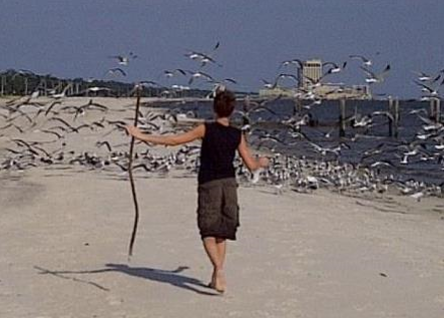 2016 - EPA Assesses the Impacts of Hydraulic Fracturing on Drinking Water 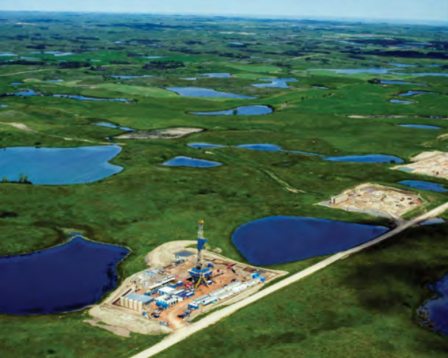 Congress requests a National Study on the Impacts of Hydraulic Fracturing on Drinking Water. EPA plays a key role in coordinating and staffing the research effort. In 2016, EPA releases the final assessment. The report concludes that hydraulic fracturing activities can impact drinking water resources under some circumstances. Impacts can range in frequency and severity, depending on the combination of hydraulic fracturing water cycle activities and local- or regional-scale factors. 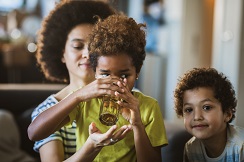 EPA’s Drinking Water Treatability Database provides public access to reference information gathered from thousands of peer-reviewed literature sources on the control of contaminants in drinking water. Researchers at the Agency update the database with information on the capabilities of drinking water treatment technologies for removal of per- and polyfluoroalkyl compounds. Researchers continue to keep the Database current with the latest technologies. 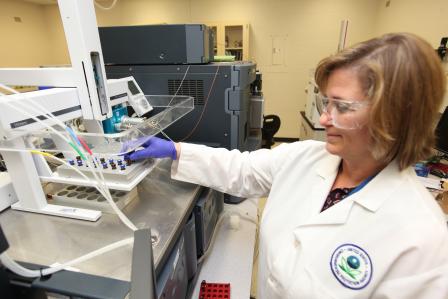 EPA updates Method 537 to quantitate 18 per- and polyfluoroalkyl compounds (PFAS) in drinking water. EPA had published the original Method 537 for detecting 14 PFAS in 2009. Since then, more PFAS that have the potential to contaminate drinking water have been identified or introduced in manufacturing as PFOA/PFOS alternatives.