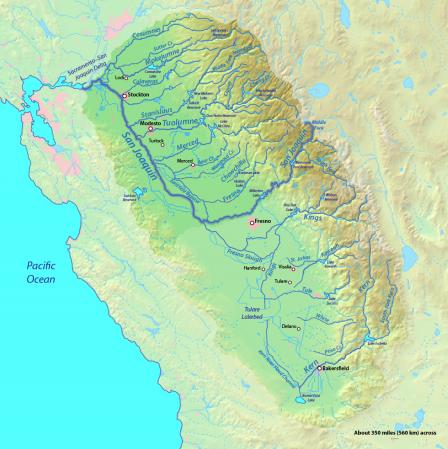 On this page:
On other pages:

Access to safe drinking water is a major challenge for small communities. In 2012, EPA and the California Department of Public Health (CDPH) convened a series of stakeholder and inter-agency meetings to identify the needs of small systems that fail to meet safe drinking water standards. More than 50% of them – 140 systems – were in the San Joaquin Valley. The state agency’s goal is to bring at least 21 systems in the valley into compliance each year for the next three years.

EPA is helping to meet that goal by providing essential funding for technical assistance to these small drinking water systems through nonprofits like the California Rural Water Association. In partnership with CDPH, local stakeholders, and four nonprofits, EPA continues to work with these communities to identify barriers to compliance and develop long-term sustainable solutions.

EPA has also worked with communities to improve water quality by providing funding for education and training to more than 200 valley residents about preventing pollution of drinking water. 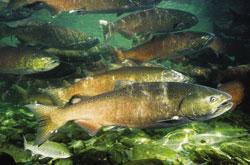 Some of the most promising signs of progress to protect surface waters have recently come from the San Joaquin River. First, a 50-mile stretch that formerly went dry part of every year due to dams and water diversions was re-watered. In November 2012, the state Department of Fish and Wildlife captured adult salmon and trucked them upstream to spawning areas, in hopes of restoring a San Joaquin salmon run for the first time in more than 60 years.

EPA is participating in the review of modifications to water quality standards in the Sacramento-San Joaquin Delta proposed by the State Water Resources Control Board. The first phase of the new standards will address freshwater flows for the protection of aquatic life in the lower San Joaquin River and three of its tributaries, the Stanislaus, Merced, and Tuolumne Rivers.

In June 2012, EPA awarded $59,000 in grant funds to Revive the San Joaquin, a nonprofit in Fresno, to establish a citizen-based water quality monitoring and pollution prevention education program in the city’s 15 miles of neighborhoods lining the riverbank. This effort is now underway.

Also notable is the success of a 20-year effort to reduce levels of the pesticide diazinon in two stretches of the river, totaling 17 miles. Diazinon was being used on orchards, and runoff was washing the pesticide into the river.

Since 1994, a partnership including growers, the University of California, state agencies, and EPA have collaborated on the Biologically Integrated Orchard System (BIOS) project. Participating growers reduced their use of chemical pesticides, replacing them with biological controls, cover crops, and habitat for beneficial insects. By 2010, diazinon levels had dropped dramatically, and these stretches of the San Joaquin were removed from the state’s list of waters impaired by diazinon.