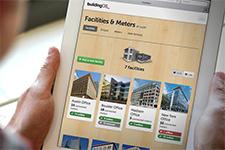 This partnership with the D.C government led Lucid to become the technology provider for D.C.’s Green Schools Challenge, a challenge between K-12 D.C. Public Schools to reduce energy consumption. The competition ended with 24 schools saving a total of over 76,000 kilowatt-hours of electricity, and the top school reducing 30 percent of its electricity consumption.

Lucid, founded a decade ago, has created two technologies (Building Dashboard® and BuildingOS®) now used by hundreds of customers (including major universities, local governments, and major corporations), won an EPA People, Prosperity and the Planet and an SBIR award, honored with the Flex Youth Power Award, featured in Wired Magazine, and published in an international magazine, among many other achievements.

For more information about Lucid: Lucid — Makers of BuildingOS® and Building Dashboard Exit