For many families the summer to do list must include a day at the ballpark: soaking in the summer sun, enjoying a juicy hotdog, sharing high-fives following the crack of the bat marking a dramatic home team “walk off” victory (if they don’t win it’s a shame). That distinctive “crack” is the product of solid contact between ball and hardwood bat. For many players, the wood of choice is white ash (Fraxinus americana), a native of the forests of eastern and central North America. 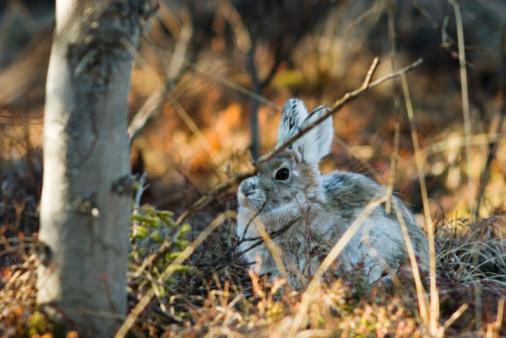 Outside of big league ball players, the white ash has also caught the attention of researchers as an indicator of forest health in the face of terrestrial acidification. More commonly known as acid rain, terrestrial acidification occurs when sulfur oxides (SOx), nitrogen oxides (NOx) and particulate ammonium in the atmosphere, mainly emitted from electricity generation, vehicles, industry, and agricultural practices, are deposited on to the landscape. These acidifying chemicals fall to the ground with rain, snow, fog, hail, or even dust, where they can harm trees. White ash, along with balsam fir (Abies balsamea)—a a preferred choice for Christmas trees for its iconic triangle shape and pleasing aroma—are particularly sensitive to acid, leading to decreased growth and regeneration, and eventually fewer trees. Such harm can reverberate across the entire ecosystem, reducing tree cover and harming wildlife.

But other than a longer search for an acceptable Christmas tree or baseball bat, what are the direct impacts to people who also benefit from healthy forests full of fir, ash, and other trees? Until recently, answering that question with specific, easy-to-share answers was a challenge. EPA researchers are changing that.

In part of an effort to explicitly identify and quantify the many ways in which people benefit from healthy ecosystems, EPA scientist Tara Greaver explored the cascade of impacts of reduced fir and ash trees on forest ecosystems and human well-being. Or as Greaver and co-authors note in their recently-published study, “…the effects of acid rain on bunnies, baseball, and Christmas trees.”Exit

Some of the effects of reduced tree populations the researchers identify in their survey were clear, such as reduced canopy cover and reduced regeneration of young trees. They also found a direct link between the number of balsam fir trees and the number of showshoe hares (“bunnies”) surviving in the forest. If the number of trees went down, so did the number of snowshoe hares. It was the same for other wildlife, too. Researchers also found that reductions in these tree species could lead to declines in habitat and forage for deer, porcupine, moose, and birds. Such changes, in turn, reduced benefits for people who enjoy encountering such animals in their environment while hiking, hunting, or pursuing other similar activities. In addition, fewer trees and diminished forest ecosystems also means less timber and firewood available to be harvested.

“We tried to identify the different ways that these trees are used and appreciated by people to help communicate their importance in our culture and their value,” said Greaver. “These trees have been affected by terrestrial acidification and they will continue to be affected. This paper is an attempt to show why balsam fir and white ash are important trees and to help communicate their story to a broader audience.”

Overall, researchers found 160 distinct links between balsam fir and white ash populations to the welfare of people, described by the researchers as “beneficiaries,” who use and enjoy them. Ten different classes of beneficiaries are identified through the systematic process the researchers used, including hunters, artists, “experiencers and viewers,” and traditional medicine subsisters. Explicitly identifying such beneficiaries and the direct links between them and healthy forest ecosystems can play a critical role in environmental decision making that sustains community well-being. After all, if terrestrial acidification continues to affect the overall health of the forest as balsam firs and ash tree indicate, some of these links could be lost over time, reducing the direct benefits that reach people.

“If you lose the balsam fir, the Christmas tree, you lose a part of culture,” says Greaver. “The same goes for white ash and baseball bats. These species, as individuals, can’t be replaced. Will the snowshoe hare find another habitat? It’s possible that some lost ecosystem services could be replaced by other species, but some can’t because they are completely unique to that species.”

It’s all part of EPA’s goal to find better ways to illuminate the direct links between ecosystems and human well-being, including baseball, bunnies, and Christmas trees.