Earth Day came again! Every April, EPA’s Office of Research and Development hosts and participates in events across the celebrating Earth Day. Below are a few of the ways EPA celebrated Earth Day around the country.

EPA’s lab in Gulf Breeze, Florida, held its annual Earth Day Open House and it was a huge success!  On April 19-20, 285 students from Escambia and Santa Rosa Counties visited the lab, and on April 21, EPA hosted over 275 guests.  Exhibits and educational activities had something for everyone.  Children enjoyed an activity called ‘Build a Plankton,’ in which each of them learned ‘what kind of microbe’ they were.  Visitors of all ages enjoyed the coral culture lab, exhibits which included multiple life stages of toads and frogs, overviews of community-based research projects, and history of our Sabine Island location.  NOAA joined EPA at the event this year, and discussed their mission and work in the Gulf of Mexico and displayed their mobile repair shop and lab. 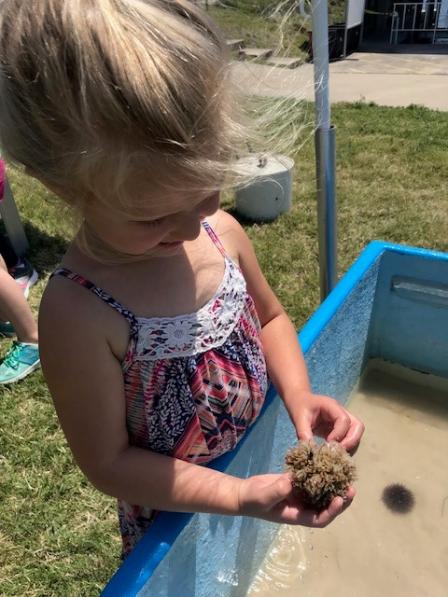 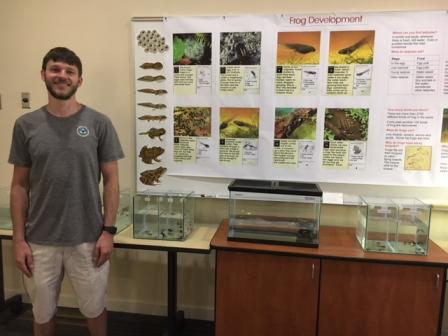 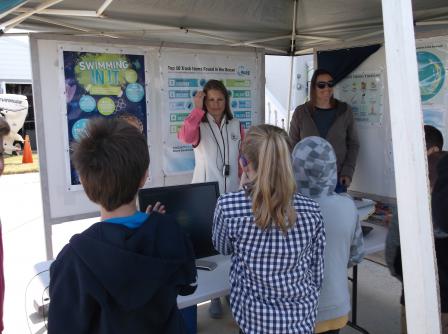 EPA’s Cheryl Hankins and Beth Moso talk with students about the fate of plastics and other recyclable trash in the environment.

The Durham Earth Day Festival was held on April 22nd in Durham Central Park. EPA’s Research Triangle Park location had a booth with hands-on activities, run through the EPA Community Engagement & STEM Education Program. Check out some photos of the event below. To learn more, visit: https://durhamnc.gov/3550/Earth-Day-Festival 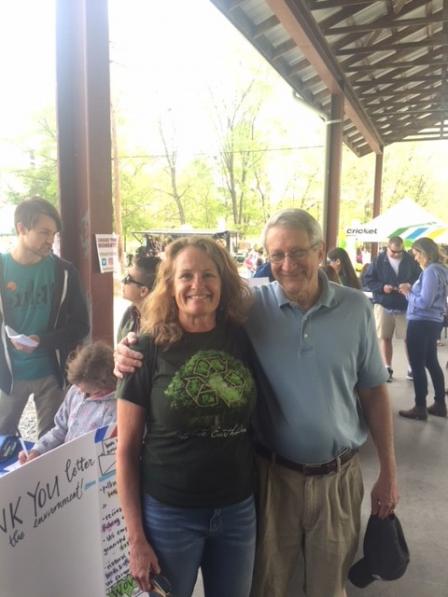 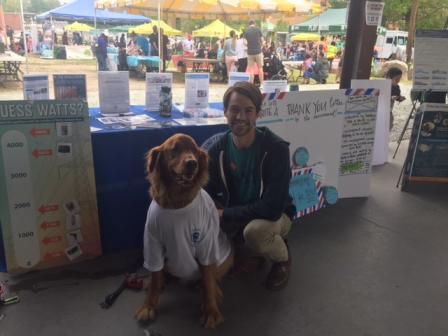 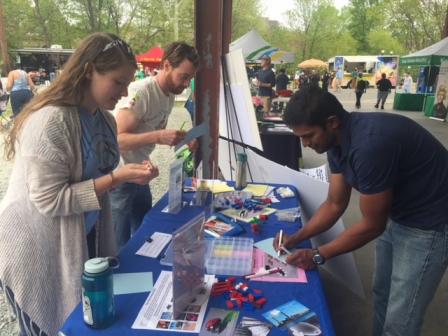 Staff from EPA's Western Ecology Division-Newport honored Earth Day 2018 by picking up litter on Nye Beach in Newport, OR.  The event was coordinated with Oregon State Parks and with SOLVE (Stop Oregon Litter and Vandalism).  Nye Beach was selected for the cleanup because it is heavily used by residents and visitors. 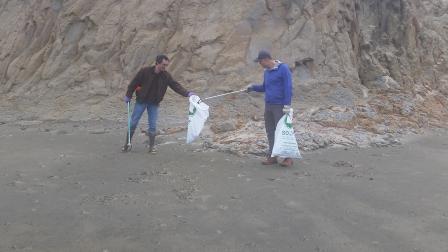 EPA's Tom Connolly and Jim Kaldy pick up trash on Nye Beach in Newport, OR. 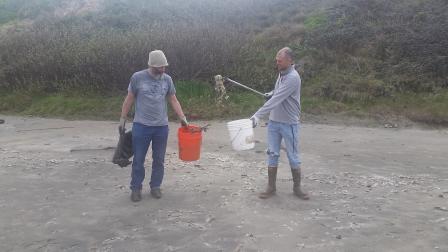 EPA's Jody Stecher and Nate Lewis pick up trash on the beach. 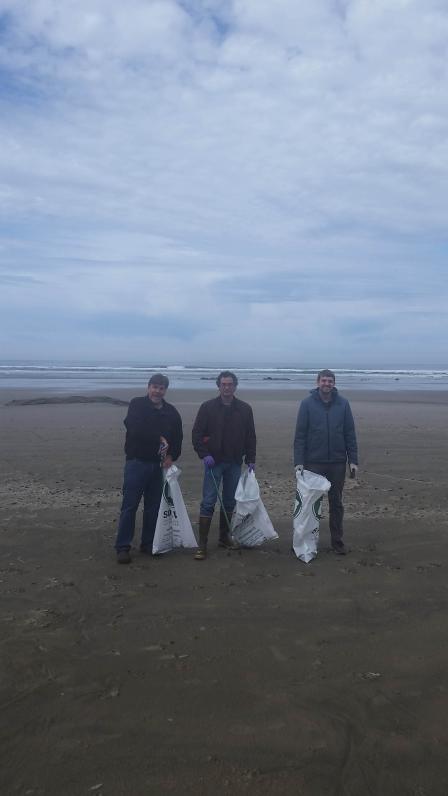 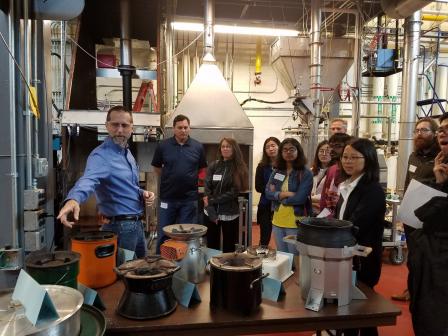 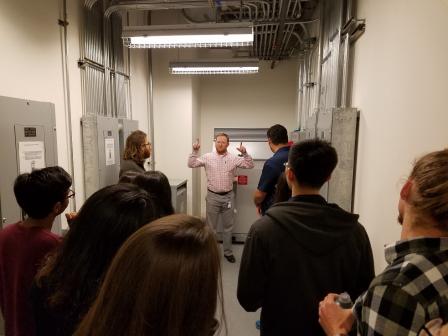 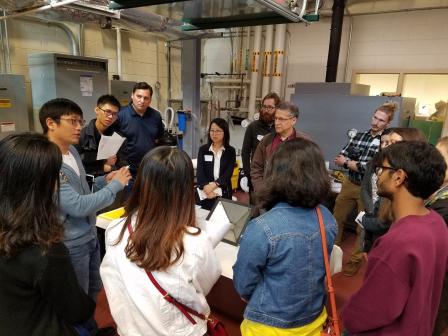 EPA researcher Dr. Sang Don Lee is explaining how the aerosolized biological contamination samples are prepared in the laboratory using a metered dose inhaler. The method was developed to generate realistic contamination conditions to test sampling and decontamination methods in preparation of a biological incident response. 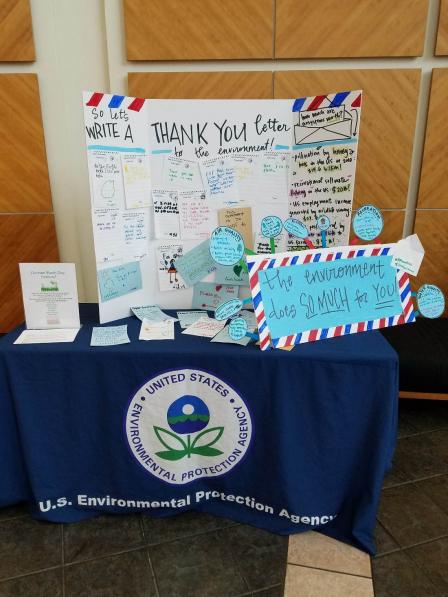 As part of the EPA booth at the Durham Earth Day Festival, kids and adults wrote letters to the environment, stating their appreciation or gratitude for all that the environment does for us.

It was a beautiful day in the neighborhood where approximately 25 EPA staff participated in the annual Mid-Continent Ecology Lab Earth Day Litter Cleanup. A number of large trash bags were filled and some strange items were found, such as a rusted stop-sign, a large sewer pipe, deer teeth sunglasses, a garbage can, many golf balls, three beer cans from the 1960s, and lots of plastic and glass bottles, cardboard, and paper. 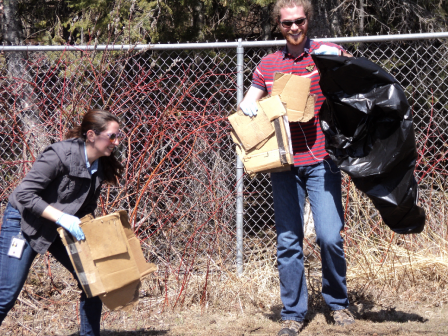 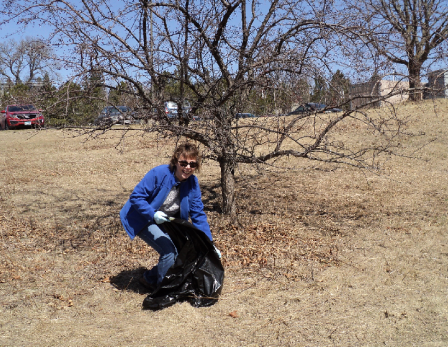 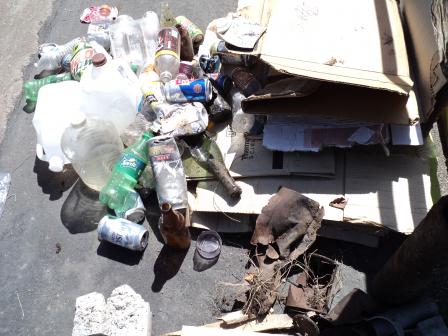 Some of the litter collected by EPA staff during their annual Earth Day Litter Cleanup.