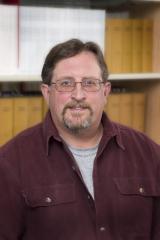 EPA toxicologist Dr. Gary AnkleyThe Samuel J. Heyman Service to America Medals, given annually by the nonprofit, nonpartisan Partnership for Public Service, are known as the “Oscars of government service.”  EPA research toxicologist Gary Ankley was honored last week in Washington, DC, as a 2018 Career Achievement finalist for three decades of work to establish techniques and standards to identify dangerous chemicals and prevent them from contaminating America’s lakes and waterways.

Dr. Ankley’s latest research area involves using conceptual frameworks, called Adverse Outcome Pathways (AOPs), to help address a critical challenge within EPA and the environmental community at large: How do you effectively and efficiently evaluate the potential effects of tens of thousands of substances that currently exist in our environment, when currently only a relatively small percentage of chemicals we are exposed to every day have been evaluated in traditional toxicity tests?

The AOP framework helps address this challenge by depicting how a chemical first interacts with key biological molecules in an organism, then mapping the chain of events this interaction causes that ultimately result in harmful effects. An AOP describes these events in an easily understood format that helps the larger scientific community to quickly understand and more effectively use information both from new and preexisting research. After an AOP is developed, it can be uploaded to a freely accessible  AOP Wiki.

A significant attribute of the AOP concept is that it allows research and testing to be focused on substances that have a higher chance of causing hazardous health effects in both humans and animals, which saves time and resources. Since its original publication in 2010, a paper authored by Dr. Ankley and colleagues at EPA’s National Health and Environmental Effects Research Laboratory location at Duluth, Minnesota, has been cited in over 1000 scholarly articles and has become a key component of the Agency’s chemical safety research.

More recently an international team of scientists and regulators met to discuss advances in the AOP concept. One of the outputs from that meeting was a paper that just appeared in the journal Science of the Total Environment titled “Harvesting the promise of AOPs: An assessment and recommendations”.  The paper identifies potential stakeholders who stand to benefit from AOPs. For example, although AOPs were originally designed to be used for chemical safety, the concept also has excellent potential for use in biomedical applications such as drug development. The paper also addresses challenges that could limit the AOP framework from reaching its full potential, including the need for long-term support for new AOP development and entry into the Wiki.  Critically, the authors also identify AOPs as having potential for evaluating chemical mixtures, which is one of the most pressing problems in understanding the real-world effects of chemicals on human health and the environment. While ongoing and even greater scientific participation in AOP development is still needed, the work done by Dr. Ankley and his colleagues has become a key element in EPAs research to support chemical safety and environmental health.