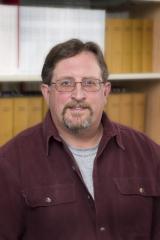 EPA scientist Dr. Gerald Ankley was selected as a Distinguished Rank Recipient for the Presidential Rank Awards. The prestigious Distinguished Rank designations are the highest civilian career leadership awards given to federal senior career employees with a sustained record of exceptional professional, technical, or scientific achievement recognized on a national or international level. As an EPA employee of 29 years, Dr. Ankley has represented the highest standard of elite researchers in the field of environmental science. His career accomplishments include developing toxicity test methodologies for contaminated sediments, developing influential guidance documents used nationally and internationally for remedial decision-making, and leading national and international efforts to develop screening and testing methods for endocrine-disrupting chemicals, in response to legislative mandates.

Dr. Ankley was also lead author of an influential publication outlining a new paradigm of toxicity testing for the 21st century and advancing adverse outcome pathways as a means to efficiently and effectively determine potential risks of chemicals. In all, he has authored or coauthored nearly 500 publications, and his work has been cited more than 14,000 times.