Improving Preparedness, Response, and Recovery to Lessen the Impacts of Biological Incidents in Underground Transportation System 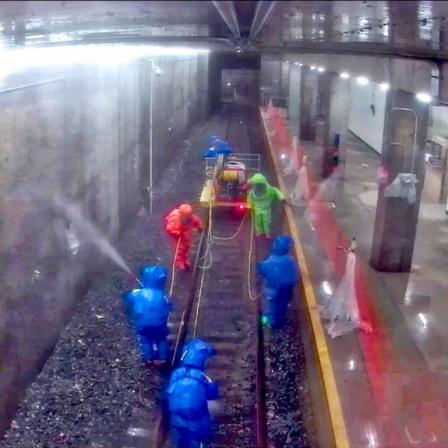 Decontamination of a mock subway station.Immediate response to a chemical or biological incident in a transportation hub, like a subway system, is of vital importance. Fast and effective remediation approaches are needed to contain costs and reduce the time it takes to return to normal operations.

To address these critical needs, EPA researchers collaborated with the Department of Homeland Security on a 4-year project to prepare our nation for a biological attack. The Underground Transport Restoration Operational Technology Demonstration project, involving multiple federal agencies and national laboratories, was an effort to address critical knowledge and capability gaps supporting rapid response and remediation following a biological attack in a subway system.

Part of this research project was a field demonstration conducted at the U.S. Army's Fort A.P. Hill’s Asymmetric Warfare Training Center - a 300-acre site containing a simulated urban area with buildings, a train station and train, and a small subway system (including a station, tunnel, platform, tracks and two rail cars). More than 90 responders from around the nation participated in the field demonstration. 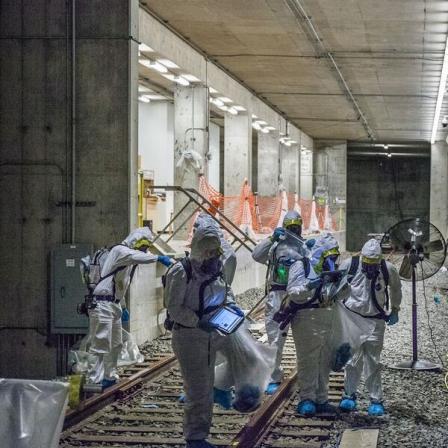 Sampling of a biological contaminant in subway system

Examples of research from this field demonstration include novel sampling techniques, spraying and fogging techniques with various disinfectants for surface treatment for porous and nonporous materials, and waste disposal considerations. Findings identified specific tools and tactics for remediation of a subway system after contamination with anthrax and provided information on the cost and magnitude of such a response. The demonstration helped define many challenges faced during a real incident, including sealing portions of a subway tunnel, sampling unique surfaces like a railway ballast, and managing waste that cannot be decontaminated on-site.

Knowledge gained from this 4-year collaborative effort will enhance EPA’s ability to assist first responders, on-scene coordinators, states, tribes and local decision makers in the preparation for and recovery from a bioterrorism incident over a wide area.