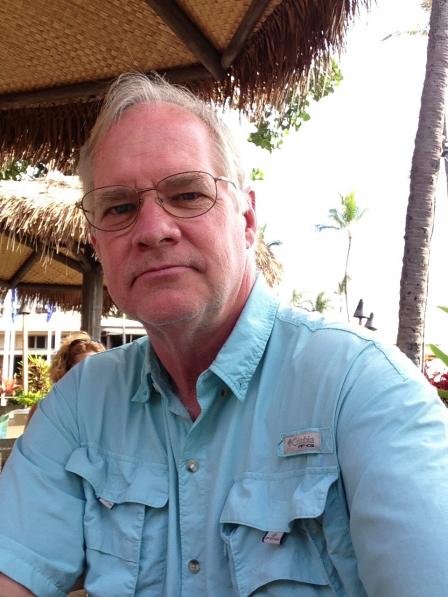 I have a bachelors from Colorado College, a masters from Iowa State, and a PhD from University of California, Davis. When I finished at Davis, I took a faculty position at University of Nevada, Las Vegas. EPA also has a lab in Las Vegas and we had a cooperative agreement to work on quality assurance in the acid rain surveys, so I got started working with EPA on that. At that point in time, EPA was just starting the Environmental Monitoring and Assessment Program (EMAP) and when they launched the program they selected individuals from the various labs to serve as the technical directors and, for whatever reason, they asked me to be the technical director for freshwater. So I started that as a UNLV employee and then when the program really got up and running, came to EPA on a four year agreement—kind of as a loan from the university. At the end of the four years I wanted to make that job permanent, so I applied and was offered a permanent position at EPA.

I didn’t know until my sophomore year of college. I had enrolled in a microbiology course and then right after that a parasitology course. I was fascinated by both of them so I think that convinced me that I wanted to have a role in science but I wasn’t sure what the exact fit was. I thought about medical school but that really wasn’t a good fit. It was my senior year when I had a great course in ecology and that really clinched it for me—ecology was the field I wanted to be in.

The science we are engaged in is kind of a combination of accounting and exploration. So when Louis and Clark went out on their big expedition, President Jefferson wanted them to explore the Louisiana Purchase but he also wanted to know what was out there in terms of natural resources. That’s kind of what national aquatic surveys do. They’re an exploration of what’s really out there in terms of our lakes, rivers, wetlands, streams, and coastal environment. And then it is kind of accounting because we want to know how well we are doing in managing and restoring them. That’s what accounting does for businesses, it tells you how well you are doing relative to your bottom line. Our aquatic systems are natural resources that are important for both their own value and also how we use them as people. So knowing how well we are doing is important to the decisions that EPA makes. The final thing is that the surveys let the taxpayers know if their money being spent on restoring and maintaining our aquatic resources is being well spent.

I like communicating the findings of our research to different audiences. I also like working with the group of people that I get to work with so the people here in Corvallis, across ORD, the Regions, and Office of Water and the States are what I like most about my work.

If you could have dinner with any scientist—who would it be and what would you ask them?

I think it would be two scientists, Edward Birge and Chancey Juday. They were limnologists who explored lakes in the upper Midwest and really put limnology on the map as a science. And I would want to know why they thought doing surveys was important in addition to studying single systems.

If I weren’t a scientist I would like to be a musician, preferably folk music. But I don’t have any musical talent, I just love music.  My idols were Peter, Paul and Mary. So without that talent and if I actually weren’t a scientist, I would probably have gone into medicine.

If you could have one super power, what would it be and why?

My super power would be time travel so that I could go back in time and see what this place looked like before industrialization.

Do you have any advice for future students considering a career in science?

I think my advice would be to get as many different experiences both inside and outside of science before making the decision. It turns out some of the best scientists are the ones that have the broadest range of interest, so I would cultivate as many interests in as many fields as I could squeeze in.

Einstein’s Theory of Relativity just because we are so trapped in the here and now that thinking about space and time really boggles our mind and for him to have been able to do that, to me that is just fascinating.

What do you think our biggest scientific challenge is in the next 20/50/100 years?

I was most impressed by two EPA mentors. One was Rick Linthurst. Rick was kind of bold and visionary in his thinking and not afraid to tackle challenges. He passed away this April. The other one was Gil Veith. He passed away from pancreatic cancer but I was most impressed by Gil because he joined EPA very early and he did it because he was passionate about EPA’s mission and restoring the environment. Both inspired me to contribute the most I can to the EPA.