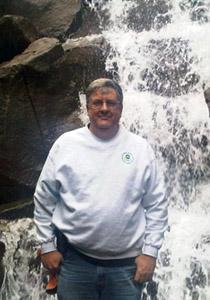 Paul Lemieux, Ph.D. works on issues related to clean up after chemical/biological/radiological attacks and foreign animal disease outbreaks. Paul has also been working to develop computer-based decision support tools to aid decision makers in responding to wide-area contamination incidents. He has been with EPA for 30 years studying the formation and control of pollutants from combustion and incineration systems. He is a Senior Research Engineer with the System Tools and Materials Management Branch of the Homeland Security and Materials Management Division of EPA's Center for Environmental Solutions and Emergency Response (CESER).

Why does your science matter?

My research looks at how we can best manage waste after a homeland security event, such as wide-spread chemical, biological, or radiological contamination. Waste management is a key component of responding to these types of incidents and is an important element of community resiliency. I’ve lately been collaborating with EPA scientists and engineers to look at PFAS disposal issues. I was one of the ORD staff that was on the PFAS Innovative Treatment Team (PITT) in 2020.

EPA can provide scientific knowledge to help with the response and recovery efforts. A huge part of those efforts is the management of the resulting waste. It’s our job at EPA to make sure that waste is managed in such a way that it doesn’t harm human health and the environment.

I like that it is never the same from day to day. Since I've been doing homeland security research, I've done tests in the lab, at cement kilns, landfills, medical waste autoclaves, incinerators, rendering plants, at a building out in the middle of nowhere in Idaho, and at a mock subway system at an army base. Lately I’ve been working with EPA researchers to adapt a computer-based incinerator model that HSRP developed to investigate the behavior of chemical and biological warfare agents in thermal incinerators. We’re expanding its functionality to include the chemistry of the simpler per- and polyfluorinated organic compounds to help understand the destruction of PFAS in thermal incinerators.

It is gratifying to see the impact. Doing research to support EPA's emergency response community has a certain sense of "boots-on-the-ground reality", and my research can have a direct, positive impact on people at a time when they may be struggling to rebuild their lives following a disaster.

Also, the people I work with are awesome, both at EPA and in other parts of the government and the national labs. Recently, I’ve been working with EPA’s Office of Emergency Management, EPA’s Office of Air Quality Planning and Standards, the US Department of Agriculture, and the States of VA and NC to evaluate the use of large industrial-scale wood chippers to grind up animal carcasses to enhance the composting process. This is being done to enhance our nation’s preparedness in the face of an African Swine Fever Virus outbreak that might require the rapid disposal of millions of pigs should it reach the US. 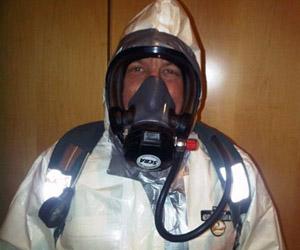 I would choose Albert Einstein. I'd love to sit down with him over beers and have him run through his relativistic thought experiments with me.

I got turned on to science and engineering when I was a little kid. I watched the Mercury, Gemini, and Apollo programs systematically work their way up to putting a man on the moon, which incidentally happened on my 9th birthday on July 20, 1969.

Tell us about your science/educational background.

I got a bachelor’s of science degree in Chemistry from Seattle University and a PhD in Chemical Engineering from the University of Utah. I did my PhD work studying combustion of zirconium sponge, which is a by-product of the manufacturing process for fuel rods to be used in nuclear energy production. 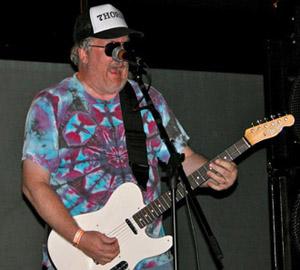 I would probably be a starving musician. When we’re not locked down due to COVID-19, I play guitar in three bands, a comedy rock band called Jehovah's Witness Protection Program, a Black Sabbath tribute band called Bloody Sabbath, and a ZZ Top tribute band called Tres Locos. It's more fun than a person should be allowed to have, but I'm glad to have my day job because I need to eat.

Be open-minded about what you study and with whom you work. I would have never thought that I would be doing what I'm doing now back when I was an undergraduate chemistry student or even a graduate student in chemical engineering. Be willing to broaden your experiences and work with people who aren't in your chosen field. It has been very rewarding for me as an engineer to work with EPA chemists, toxicologists and microbiologists. Also try hard to be aware of the things you don't know. You cannot possibly know everything about everything, and being aware of your own limitations is key in today's multidisciplinary research environment.