Tell me about your background. 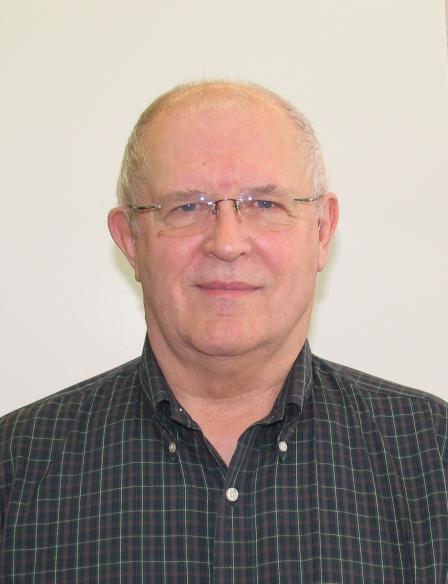 Before I came to EPA, I worked for the National Oceanic and Atmospheric Administration (NOAA) designing and analyzing cloud seeding experiments to increase rainfall. I’ve also worked with atmospheric scientists on long-range transport models, nuclear engineers on nuclear reactor safety, and environmental scientists on acid-precipitation at the Department of Energy’s Pacific Northwest National laboratory. Here at EPA, I’ve worked on the Environmental Monitoring & Assessment Program and the National Aquatic Resource Surveys on survey design and analysis. It’s all been different—one of the privileges of being a statistician!

When did you first know you wanted to be a statistician?

I enjoyed math in high school. I began my training as a statistician as an undergraduate statistics major. What I like about being a statistician, especially an applied statistician, is I have the privilege of working with scientists in other fields. You get to learn about a lot of different areas of science.

How do your statistics matter?

Statistical analysis is an important part of most of the research studies, whether they are experiments done in the lab or observational studies out in the environment. My particular focus is on designing and analyzing surveys of aquatic resources. Without the statistics, you can’t really reach the conclusion of a study. Everything ends with a statistic—including those abominable political polls.

It really has to do with discussions with the aquatic scientists and managers that want to design surveys. I enjoy these interactions because before you can design one of their studies, you have to know what drives their program and what they really want to know. You have to learn something about the science and then you have learn about the realities of conducting a program in the field—for the aquatic surveys, you can’t reach every stream in the United States—so how do you account for that when you are designing the surveys and then later on, how do you account for that in the analysis?

If you could have dinner with any scientist, who would it be and what would you ask him or her?

I would probably go back to Aristotle, quite frankly. I’d try to learn a little bit more about how he actually did all of the things that he did. He really built the foundation of a whole lot of philosophy. Philosophy is a personal side interest.

If you weren’t a statistician, what would you be doing?

Well it’s hard to imagine not being a statistician! However, I do enjoy going to the Oregon Shakespeare Festival here every year. I usually see anywhere from six to ten plays at the festival which includes both modern plays as well as Shakespeare plays. That’s probably what I would end up doing.

If you could have one superpower what would it be and why?

I focus on reality, so I don’t really think about superpowers. I certainly would like to be able to communicate with the wide variety of people that exist in the world. I think people are fascinating in how different their views are. Communication is just so challenging when your backgrounds vary so widely. I don’t know if knowing how to communicate is a super power, but I could sure use more of it.

Do you have any advice for students considering a career in math or science?

First off, you just have to love the field that you go into. You always have to be able to look forward to going to work. If you love the field you are in, that is likely to happen. One of the things we tell undergraduate students here is that you can set yourself apart from other people that go into environmental science by becoming quantitative. People will be like, ‘Hey there is someone that can not only do field work but when they come back in, they can do the analysis as well.’

I think it was the development of the scientific method. It’s the basis for most advancements of science. That to me is sort of the foundation for all of the science that we do.

I can’t say where the biggest challenge will come from, but one of our challenges is understanding the impact that humans have on the earth. For example, we wanted to have power plants to produce electricity so we built them and our lives were much better—and then all of a sudden we had this local air pollution problem and people were dying. So we built the smoke stacks higher so the air pollution would go higher up into the atmosphere and wouldn’t affect local air as much. And it worked—but we didn’t anticipate that it would cause acid rain and continental-scale air pollution. It’s very difficult to anticipate the impacts of the things we make.

A statistician by the name of Jerzy Neyman. He did a number of things but two things in particular. The first is that he laid down the foundations for statistical hypothesis testing. The second is that he laid out the foundation for survey design and analysis. Those are two very different fields in statistics. I’m just impressed by someone who does such remarkable theoretical work and then applies it.  For example, Neyman had an interest in the downwind impacts of cloud seeding and led to my meeting him at a workshop on a research program to investigate the potential that cloud seeding could be used to increase rainfall in the high plains region of the United States.