Research Ecologist Ken Fritz, Ph.D., works in EPA’s National Exposure Research Laboratory where he investigates stream ecosystems, including ones that are dry at times.  He works to supply the research that will inform policy and decision makers that affect aquatic ecosystems. 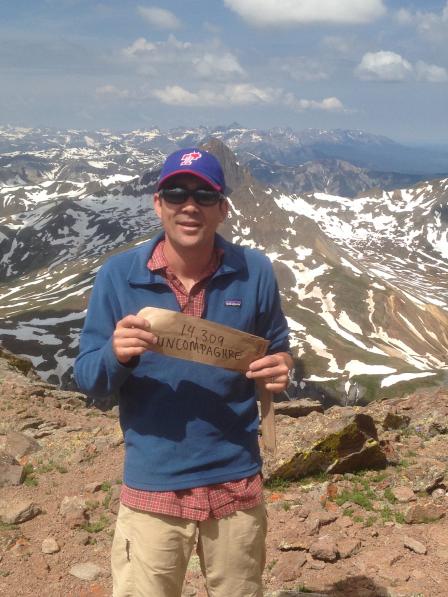 I received my Bachelor’s degree in Zoology from Southern Illinois University.  Then I took about a year off to figure out what I wanted to do and what graduate program I wanted to go into.  I was accepted into a Biology program at Kansas State University where I received a Master’s degree.  I completed the Ph.D. program at Auburn University in Biological Sciences.  I applied for a federal postdoc with EPA, was here for about a year or so, and then I accepted a permanent position here in Cincinnati.

I would say probably my junior year in college. Before that I had aspirations of being a medical doctor, but then I talked with people who were medical doctors and their experience did not sound appealing.  In one semester during my junior year I took courses in limnology, a freshwater invertebrate zoology class, and aquatic entomology and I fell in love with aquatic biology!  From then on I wanted to be an aquatic biologist.

Ultimately, I would like my research to inform EPA policy and legal decisions.  That way my work can be directly used —by EPA’s program offices and regions and our state and tribal partners—as much as possible to better protect and restore our freshwater resources. The intent of much of my research has been to inform the scope and assessment of jurisdictional waters under the Clean Water Act.

It is rewarding when my work does inform policy and regulatory decisions and is used in the field by people who need it to do their jobs to protect the environment.  I have also really enjoyed working with very talented researchers with different skill sets and backgrounds from my own.  This has really broadened the horizon for my research.

Probably, Ruth Patrick who was one of the pioneers in the bioassessment of rivers and streams. She was a scientist when women weren’t often given much opportunity to be field scientists so I look up to her as someone who overcame a lot of hurdles to accomplish a lot of groundbreaking work.  I did have the opportunity to meet her once—I and some other graduate students got to take her out for ice cream.  I don’t remember what I asked her then, but now I would ask her about the obstacles she had to overcome and if she had any diatom and aquatic invertebrate species she is fond of and why. 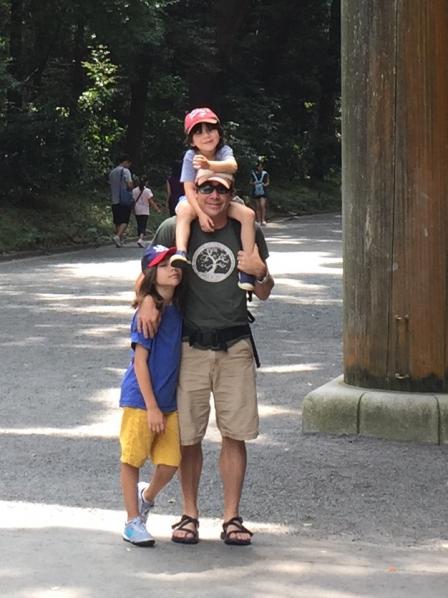 I would probably be either a high school biology teacher or someone who repairs old houses. I enjoy working with my hands but also think early public school education would be rewarding challenge and deserves more attention in this country.

I think if you are going to have a career in science, you should meet with people who do those jobs.  Learn what they actually do in those jobs, gather information you can’t get from books or the classroom.

One of the neatest ones for me was the discovery of chemosynthetic ecosystems—systems that don’t rely on photosynthesis to power them, like deep sea vents or cave systems, and rely on hydrogen sulfide for energy. That opens your eyes up to the complexity of ecosystems and the different ways in which organisms and ecosystems evolve.  I also think Leeuwenhoek’s invention of the microscope similarly opened up people’s eyes.  We are able to see the microorganisms that have a huge impact on how ecosystems function and human health.

Population growth will be a huge factor. It is getting crowded—more people to feed, less room for natural ecosystems.  So I’m not sure if that is a scientific challenge or a moral challenge, but that will be one we will have to deal with. 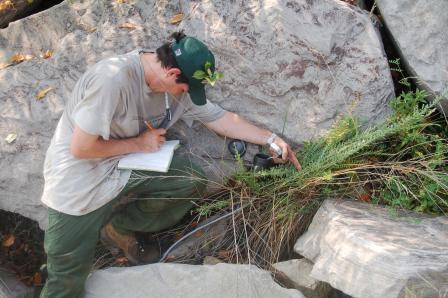 Two scientists who I have looked up to throughout my career besides my major advisors are Andrew Boulton and John Richardson.  They are both scientists who have worked in stream ecology at the intersection of invertebrate community and ecosystem ecology and they both have balanced applied and basic research.  Throughout their careers their research has been used to inform policy decisions in their respective countries where they work.