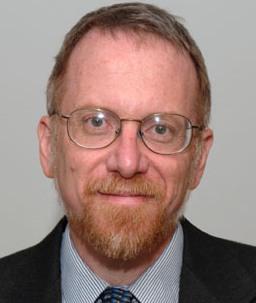 NCCT was formed to deal with what we call the “too many chemicals” problem. There are tens of thousands of chemicals that people are exposed to. Many of those have never been tested and might never get tested using traditional methods. What we’re doing here is developing methods that can quickly evaluate these chemicals using human cells and computer models. These models can roll up all that information and predict potential toxicity concerns.

What are some projects you’re working on?

A specific project I’m deep into right now is comparing how chemicals impact zebrafish embryos versus human cells. Basically what we have found is that about 80% of these chemicals that cause defects in zebrafish do so because they are just killing cells. In a developing embryo, if you kill cells (or at least the wrong kinds of cells) then that’s going to have some effect. It may be hard to say exactly what effect it will have, but it’s a bad thing to do. The remaining 20% of chemicals impact different parts of the cell. By studying these impacts, we’re developing general observations about chemicals that could be developmental toxins.

If you could have dinner with any scientist past or present, who would it be and what would you like to ask them about?

One of my heroes is Richard Feynman. When you study science, you kind of learn from the masters, memorize what they did, and then try to go and apply it. Richard Feynman was known for deriving everything from scratch himself. By doing that he would come up with entirely different ways to think about problems. His way of approaching things was always a little more visual, and so more intuitive. I would ask him what made him even think about doing it that way. What made him brave enough to say, “I won’t believe anything you tell me until I prove it to myself”?

When did you first know you wanted to pursue science as a career?

I attended Rice University in Houston and studied chemistry and physics. After graduating, I worked as a process engineer for an electronics company for a couple of years where I learned to make conductive paint for cathode ray tubes. That proved I had actually learned something in college, but it was pretty boring so I headed to graduate school at Princeton. During my first year, I did a rotation with this researcher who was a theoretician and just fell in love with that area, so I did theory in my PhD and my postdoc.

My first real job post grad school was at Sandia National Labs (one of the DOE weapons laboratories) where we had access to all of the big weapons-design supercomputers and were allowed to work on pretty much any problem we were interested in.  I worked on projects ranging from designing radiation hardened integrated circuits, to designing drugs and modeling genes, to modeling collections of autonomous robots on the battlefield.  Other people in the group were modeling clouds and tires and all other sorts of cool things. After that I spent a decade in biotech startups, where I ended up as the head of research and development for a company developing complex genetic diagnostic tests, before that company was bought out (because of a product I developed and put on the market).

How did you get started at the EPA?

After the biotech company was bought out, I joined the NCCT where I was one of the first hires through the Title 42 program (a program that allows us to hire senior scientists from industry and universities). NCCT was like a start up in EPA at the time, and it was just a perfect place. It was fortuitous that things opened up at the time I was looking.

What do you like the most about your research?

I get to play with lots of data. It’s different from the kinds of physics research I started out doing, where data was very hard to come by. In those areas, you had to do a lot of very complicated theory just to model a little bit of data. Here in biology, there’s just tons of data and even simple models can be useful to help understand it.

If you were not a scientist what do you think you would be doing?

My mother always wanted me to be a doctor. I think that’s probably what I would have been if I hadn’t gone into science.

Any kind of science today involves dealing with a lot of data. You should at least take one programming class and learn how to do simple programming. It seems that not many people are willing to do that, so that would definitely give you a leg up.