EPA scientist Ana Rappold, Ph.D. received a 2019 Arthur S. Flemming Award for her groundbreaking method for real-time communication and data collection about smoke and health during wildfire events through the Smoke Sense Project, a smartphone app that provides participants vital information about wildfire smoke and health when and where they need it. 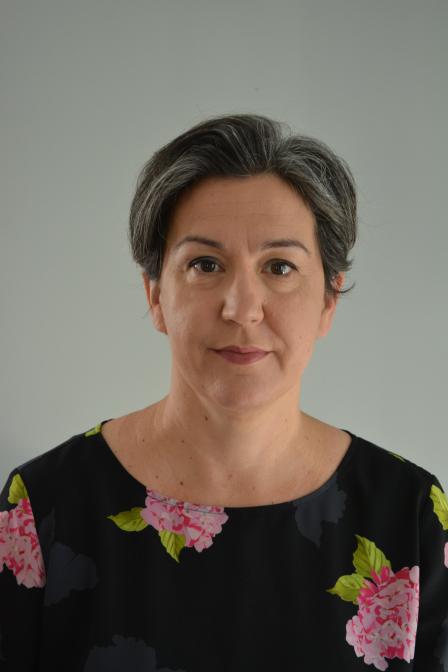 My research focuses on the health effects of air pollution. Together with my colleagues, I study how sensitive populations, such as asthmatics, are affected by air pollution. We study changes in biological markers and clinical outcomes in response to air pollution exposure. Examples of biological markers are lung function, heart rate variability, and inflammatory markers in blood while clinical outcomes may include urgent visits to the doctor or a hospital. We then contrast these responses between healthy individuals and those with asthma to provide insights to how and why air pollution affects our health.

Another portion of my work focuses on the effects of wildfires on heart and lung health. Wildfires are a major source of air pollutants and contribute massive amounts of fine particulate pollution to the environment. We are interested in how we can inform the public, especially sensitive groups, about ways to reduce adverse health impacts. One example is a project I lead- the Smoke Sense project- which is a research project that enables citizen scientists to engage with a mobile phone application. Users can explore current and forecast maps of air quality; learn about how to protect health from wildfire smoke; and record their smoke experiences, health symptoms, and behaviors taken to reduce their exposures to smoke.

I genuinely believe that EPA’s work matters and I am glad to be a part of it. It’s evident that it matters when we look at air pollution levels in the United States before and after EPA. EPA has helped reduce pollution in many parts of the country. More work is still necessary, but we have many success stories and must continue this work.

Every scientist works on a small piece of the big picture. I’d like to believe what I do also becomes part of that larger picture.

If you could have dinner with any scientist, past or present, who would you choose and what would you ask them?

Working on the Smoke Sense project, I became fascinated with the concepts surrounding human perceptions of health risk, particularly with respect to environmental exposures. Sometimes when we are faced with decisions, the evidence found in data flies against our own perceptions of risk and consequences. For example, one of the difficulties we found in communicating about the health risks of wildfire smoke exposure is that among many there is a low perception of risk and a belief that we may not be able to protect our health anyway, even if the research says otherwise. Through my involvement with Smoke Sense, I read many non-statistics books. I particularly enjoyed Thinking, Fast and Low by Daniel Kahneman. If I had an opportunity, I could talk endless hours with Kahneman on ways to communicate the health risks of environmental exposures.

I like that I work on topics that are important because of their real-life applications. We’re all likely to be impacted in our lifetime by air pollution, and some people are more affected than others. Understanding how susceptible populations are affected, like asthmatics, is a challenging question. I also really like the people with whom I work.

I received my bachelor’s degree from the University of North Carolina at Chapel Hill where I studied Operations Research, which is a mathematical science. Then, I went to Duke University where I received my Ph.D. in Statistics and Decision Sciences.

I started as a post-doctoral fellow working on predicting levels of air pollution around the country at different points in time. I really wanted to work with the health side of the equation, so I moved to a different lab. Eventually, I was hired into my current position.

When I was very young, I wanted to be either a teacher or mathematician. In terms of applied sciences, I only became aware of those opportunities in college when my horizons expanded from academic knowledge to the real world.

I've always liked math a lot, so I would be a math or statistics teacher. If I didn't like math, I would have liked to do something in arts and music, so maybe a rock star, although I have absolutely no talent.

I think you really have to have your heart in it and have the passion to carry your project forward. It's also important to find an advisor you can work well with and is a good match for you.