Jason Bernagros likes that his science makes a difference on a local level by helping communities use green infrastructure to reduce stormwater runoff. 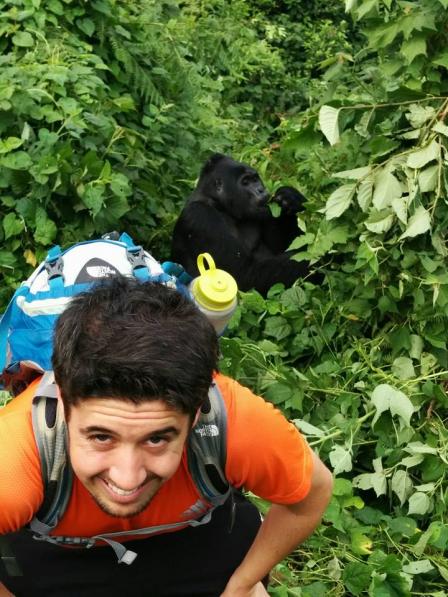 I have a BS in natural resources and environmental science, and a MLA (masters of landscape architecture) with a focus on ecological design from the University of Illinois at Urbana-Champaign. I started at EPA in 2007 working on wetlands protection in Region 2. I worked on watershed management in the New York City drinking watershed, based in the Catskills Mountains. From there, I started doing work on urban stormwater management and planning and design tools that communities and water utilities could use- such as the National Stormwater Calculator and various green infrastructure design assistance tools, like Greening America’s Communities.

I first knew sometime during the middle of undergraduate studies. I took a course on environmental science that was focused on how the University of Illinois campus could be more environmentally sustainable and how ecological restoration could be done on campus. It really helped me get a better understanding of how scientists could make an impact locally.

I like that I get to interact with different cities and provide technical assistance on how they can use our tools. It’s a good mix of interacting with city staff, local residents, businesses, regional and state partners. I get to train their staff engineers and also talk with local citizens and land owners who are interested in learning about how to implement, fund and maintain green infrastructure projects.

I would have dinner with Stephen Hawking. I would ask him which planets may have life forms that exist in the universe; and how they may be similar to human beings and Earth’s ecosystems. And what would life be like living on Mars? I don’t think he would have an answer, but it would be entertaining.

I was in the Peace Corps in Mexico, so I would take time to travel to different countries and learn new languages. I would explore natural areas—like Patagonia, New Zealand, Costa Rica, Thailand, and the Galapagos—and try to understand how resources provide ecosystem services to the people that live or rely on these areas.

Power of flight because it would be great to have the perspective that birds have and to not have any obstructions from things on the ground.

Take the time to explore different fields of environmental science and see what opportunities are available in the public, nonprofit, and private sectors. Being a good scientist relies on both your technical skills as well as your people skills. You need to spend some time doing scientific field work to understand the true impact of your work. And then you need to be able to take the field work and bring it back to more of an office-based culture.

I was in a training and we watched a clip on Apollo 13. It made me realize that even though it’s been a long time since humans landed on the moon, it was probably one of the greatest scientific accomplishments. It didn’t just show us how they landed on the moon, but how it inspired the entire world to push towards new scientific discoveries. People were glued to their television during this, and it’s a great example of how when there is a great desire, people will push scientific limits and possibilities.

Our biggest challenge will be figuring out how to preserve our natural habitats and the species that live in them under climate change, extreme weather and urbanization. We need to ensure that critical ecosystem services are protected, such as supplying clean air, drinking water and flood management. It’s important that we find creative ways to protect our natural habitats in the midst of urbanization. 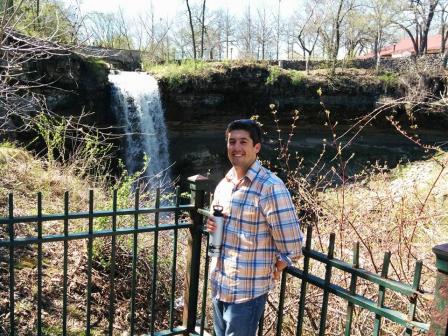 Two individuals—the first is Ian McHarg, who was a landscape architect and one of the pioneers of using green infrastructure in urban areas; best known for his book entitled Design with Nature. A more traditional scientist is Aldo Leopold, who was a restoration ecologist from Madison, Wisconsin. I learned a lot of the principals of ecological restoration and design from their work and philosophies.

I would help build the tents and dive for fish. And I would lead camp fire songs and stories—I’ve been known to play a hand drum. If it’s a nice island there’s no reason to leave quickly, right?