Tim Shafer earned his bachelor’s degree in biology and 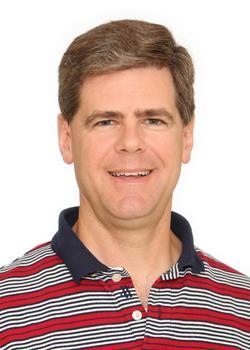 EPA scientist Tim Shaferchemistry from Hope College in Holland, MI, in 1986 and his Ph.D. in pharmacology and environmental toxicology from Michigan State University in 1991. Tim started working as a postdoctoral fellow at EPA in August 1991 and has been with the Agency for 23 years. Tim currently is developing high-throughput screening methods for neurotoxicity and developmental neurotoxicity.

What research are you doing at EPA?

Speaking in a global sense, what I’m doing is helping to address a very large problem. The problem is that people are exposed to thousands of commercially used chemicals—80,000 to 100,000—without sufficient information about the chemicals’ potential toxicity.

Many of these chemicals are probably not toxic, at least at the levels that people are exposed to them. However, because of how our laws are written, for many chemicals, the Agency has limited ability to require full characterization of their toxicity when they are initially introduced into the environment.

I have a background in neurophysiology, so, on a smaller scale, I focus on how the nervous system’s cells communicate with one another. In humans, there is evidence that the nervous system is not completely developed until you’re 25 years old, so the effects chemicals might have on its development are important. My research is a very sensitive way of looking at a chemical’s effect on brain function.

Can you tell us more about the importance of high-throughput toxicology?

As we move into the future, high-throughput toxicology is going to greatly improve how we assess the risks associated with chemicals. It can be a critical component of better protecting human health by assessing chemical risks.

I like the everyday challenges the most, and I’m working with a very cool and exciting technology. I also enjoy the people who I work with; that’s one of my biggest job satisfactions. I work with a really good group of people and with students who are very enthusiastic.

How did you get started in science?

I was always interested in science, even in fifth and sixth grades. By the time I was a senior in high school, I knew I wanted to get a Ph.D. I grew up in Midland, MI, where the headquarters of the Dow Chemical Company is located. It’s the main employer in town, and, as I was growing up, dioxin became a very big issue. It was especially a big issue in Midland because there was dioxin contamination, so the science around dioxin was in the news, as were several controversies involving dioxin. Because I grew up in an environment where issues of toxicology were prevalent, the field of toxicology appealed to me early on.

I think right now I’d have to say Albert Einstein. I think he’d be a very interesting person to meet. He was obviously extremely intelligent and had some really neat ideas about physics.

I have talked to a lot of different students who I’ve worked with about their career development. I think, if you really want to be in science, you have to be willing to work hard and have a passion for the work. Being passionate about science makes all of the hard work worthwhile.

You also have to have a high tolerance for frustration because there are times when things don’t work, so you need to be persistent. Don’t give up the first time something fails because, when you’re working hard on something, spending time trying to get it to work, and it finally does work, that’s part of the reward.