Dr. Orme-Zavaleta has been with EPA for nearly 38 years working in the areas of human health and ecological research, risk assessment, policy and regulation development, strategic planning, and program implementation. 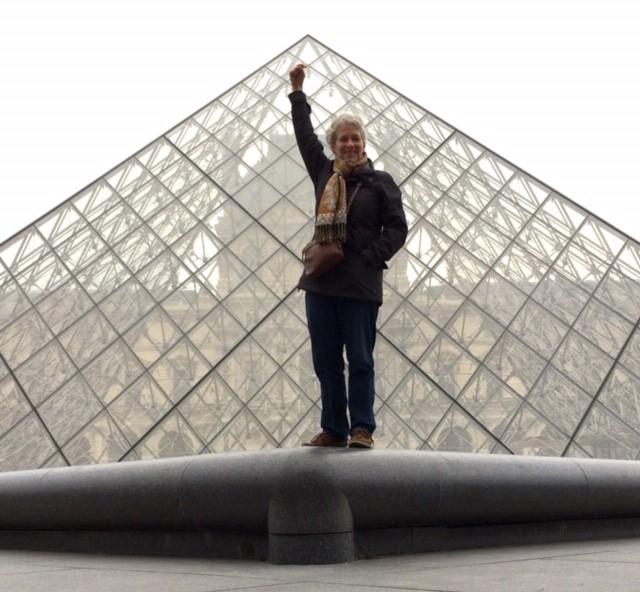 When I started with EPA in 1981, I was a graduate student working on my master’s at Miami University of Ohio. I never envisioned myself spending my entire career here, but I ran into all kinds of opportunities. After I got my master’s degree, I took about a 20-year break from school while I worked in different roles at the Agency, and then I went back for my doctorate at Oregon State University. I was still working full time, had two small kids, and an extremely supportive husband!

How does your science background help you in your current position?

I couldn't do my current position without having a science background. Because of the breadth of research that ORD is involved in, you have to have a broad understanding of the science and what’s involved in conducting research. That doesn’t mean that I have to know everything, but, it helps to be conversant in a lot of issues and know who to go to for more information.

I joke that this job is sometimes like living the life of a pinball, just bouncing from one thing to the next. You are involved in so many different things. It keeps you learning, and I think that’s really the important part—to keep learning. That’s what keeps it fun.

How does EPA science matter?

If EPA did not have science, we would not be able to implement our mission of protecting human and environmental health. Without science, we couldn’t protect our air, water, or land. It would also really hinder our ability to deal with unanticipated emergency events. In those situations, we can quickly provide the kind of support and information needed. Of course, science is not just done in ORD, but throughout all of EPA. Without science, we would not have an effective agency.

I’ve always been interested science and the outdoors. Originally, I was fascinated by marine science. But I grew up outside of Cleveland, Ohio, in the 1960s and that’s when the Cuyahoga River caught on fire. Going into Cleveland at that time, the steel mills were in full production and street lights would turn on at noon due to all the smoke, even with the sun out.

Between that, the Rachel Carson publication Silent Spring and a field trip my science class took to a wastewater treatment plant—that’s kind of what tipped it for me, I’ve always had a fascination with water. There were a lot of environmental challenges at the time and it was all influential in pushing me toward environmental science and toxicology.

One of my earlier passions was theatre. I was heavily involved in theatre in high school and early parts of college. I did a little bit of everything—set design, directing, lighting, and acting. That has helped me because I am an introvert at heart, but I can draw on those skills to help me with some of the big speaking events and other things that I need to do.

That it is absolutely worth it. Don’t be discouraged by some of the rhetoric or the scrutiny that has been placed on science. Science is a process. Don’t get hung up on seeking perfection because rarely are you going to achieve perfection in science. You have to be able to live with and understand uncertainty and variability. And you have to be able to explain it in plain language. 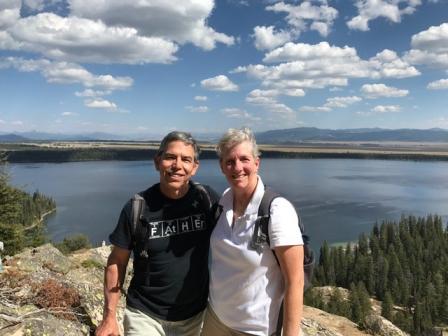 Dr. Orme-Zavaleta and her husband on a hike in Jackson Hole, Wyoming.If you can have any superpower, what would you choose?

I think flying without a plane, and not falling. To be free and to be weightless and to get where you want to go. It would also be helpful to, just like with Star Trek and Scotty, beam me up there and make it quick.

The kind of science that allowed us to use broad communication. Going way back, whether it was people being able to develop pigments and paint to put caricatures on rocks as well as leading to developing the printing press and some of those engineering feats. Because that’s what helped unify societies all around the world.

If you could have dinner with any scientist, past or present, who would you choose?

Einstein would be an interesting conversation, as well as the citizen scientist Ben Franklin. But I think I would choose Marie Curie because of how she was able to achieve such respect and prominence as a woman of her time. She helped pioneer some of the ways for women to move into a heavily male dominated field.