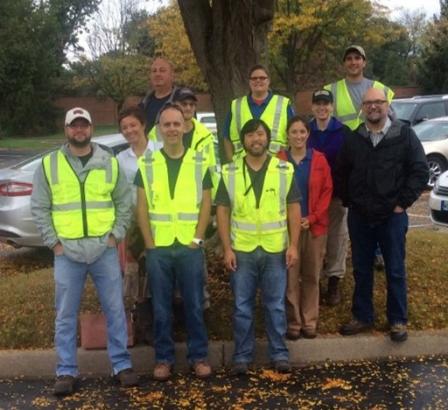 Identifying the source of soil contaminants is vital to decision-making during an environmental cleanup. Soil in long-established cities has accumulated decades of low levels of pollutants caused by urban activity. Deposition of metals and other chemicals like polynuclear aromatic hydrocarbons (PAHs) come from historical industrial activity and manufacturing materials used to build the infrastructure of a modern society. Naturally occurring metals such as lead and arsenic may also occur in urban soil. The combination of natural and anthropogenic background levels of chemicals is known as urban background contamination.

Urban background contaminants are generally widely dispersed in low levels over large urban areas. These metals and chemicals can intermingle with higher concentrations of chemicals from spills and industrial waste. This creates challenges in understanding how an industrial site is contributing to overall soil contamination.

“When materials like metals are involved, understanding the levels of urban or naturally occurring substances in an area is one of the necessary components for investigating the possible release of hazardous materials,” says Felicia Barnett, Director of the Site Characterization and Monitoring Technical Support Center and Superfund and Technology Liaison for EPA’s Region 4, which covers the southeastern United States. 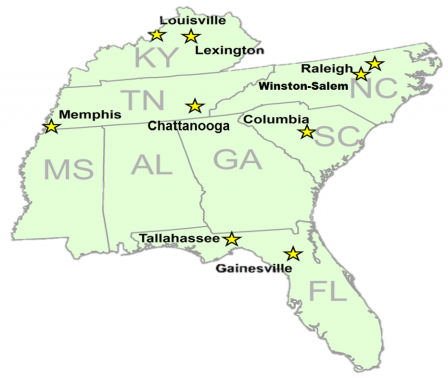 A map of the sites where samples have been taken.

In 2015, EPA scientists partnered with several Region 4 states to figure out how urban background contaminants differ from industrial waste at urban sites. Initial efforts were focused on creating a process for both soil sample collection and analysis that could beconsistently applied across southeastern cities.

Soil samples were collected from Louisville, KY; Lexington, KY; Memphis, TN; Raleigh, NC; Winston-Salem, NC, and Gainesville, FL. The samples were analyzed in EPA laboratories and added to a growing urban background database for metals and PAHs. The data and sampling process can be used by EPA, state agencies, and local authorities to assess hazardous waste and brownfield sites and make decisions around cleanup. The database will provide a general range of urban background contaminant levels to be expected from sites in Region 4 cities. It can also serve as a screening tool for comparison of potential sites. The utility of the tool is improved as coverage of data for comparison over broader areas increases and more urban background data are added.

“Screening information, such as the urban background database started in this study, will allow for more focused time and cost-effective efforts when investigating and reviewing soil data from suspected contaminated sites within those urban areas,” says Barnett.

After successfully completing the project in the first set of cities, the researchers have expanded to collect and analyze soil samples from Chattanooga, TN, and Columbia, SC. EPA is currently working with partners to format the data for public use.