This webinar will explain the new international requirements for exports and imports of plastic recyclables or scrap. In May 2019, 187 countries decided to significantly restrict international trade in plastic scrap and waste to help address the improper disposal of plastic waste and reduce its leakage into the environment. As a result of these changes adopted under a treaty called the Basel Convention on the Control of Transboundary Movements of Hazardous Wastes and their Disposal, international shipments of most plastic scrap and waste will be allowed only with the prior written consent of the importing country and any transit countries, effective January 1, 2021. The new Basel provisions will significantly limit the market for U.S. plastic recyclables. Because of a provision under the Basel Convention that prohibits trade between countries that have ratified the Convention (i.e., Parties) and non-Party countries like the United States, Basel Parties will not be able to trade most plastic scrap and waste with the United States absent a separate agreement between countries that meets certain Basel criteria. The United States has one such agreement that addresses trade in non-hazardous plastic scrap with member countries of the Organization for Economic Cooperation and Development (OECD) and the webinar will discuss how plastic scrap is covered under that agreement. 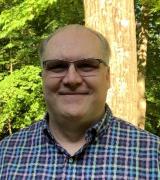 Rick Picardi is the Chief of the International Branch in the U.S. EPA’s Office of Resource Conservation and Recovery.  He has worked on a wide variety of international waste policy topics for two decades and was recently the U.S. head of delegation for the plastic scrap negotiations in the Organization for Economic Cooperation and Development (OECD).  In addition to overseeing EPA’s work on the Basel Convention and the U.S. waste import/export program, for ten years he was the Chair of the Hazardous Waste Task Force of the Commission for Environmental Cooperation (CEC), an international organization serving North America.  He was, until recently, the U.S. Co-Chair of the U.S./Mexico Border Waste Policy Forum.  In the past, Rick served as the U.S. delegate to the OECD Working Party on Resource Productivity and Waste.  Prior to joining the waste office, Rick worked in the water pollution, air pollution, Superfund and chemical offices at EPA.  He has a Master’s in Public Administration from the University of Pittsburgh. 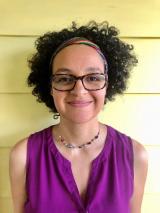 Lia Yohannes is a Biologist in the International Branch in U.S. EPA’s Office of Resource Conservation and Recovery. She works on different international waste policy issues, with a focus on the Basel Convention and the plastic scrap negotiations in the Organization for Economic Cooperation and Development.  Prior to joining EPA’s waste office, Lia worked in the pesticides and research & development offices at EPA. Lia has international experience working in the fields of conservation, economic development and education in Latin America and East Africa and is fluent in Spanish and proficient in Portuguese. She earned dual Master’s degrees in Environmental Policy (MPP) and Conservation Biology and Sustainable Development (MS) from the University of Maryland, College Park, and a Bachelor of Arts in Biology from Wesleyan University.