Update to Code of Federal Regulations for TRI PFAS Additions

EPA published a final rule in the Federal Register that implemented the TRI-related requirements of the National Defense Authorization Act for Fiscal Year 2020. The rule incorporated the addition of 172 per- and polyfluoroalkyl substances (PFAS) to the TRI chemicals list into the Code of Federal Regulations for TRI and established a 100-pound reporting threshold for these substances. Reporting forms for calendar year 2020 data for these PFAS will be due to EPA by July 1, 2021.

The TRI Program published its first interactive web-based industry diagram. Developed in collaboration with the metal mining industry, the webpage explains how metal mines operate and generally how and where releases of TRI-listed chemicals happen. EPA hopes to develop similar webpages about other industry sectors.

Addition of More Than 150 PFAS to the TRI Chemical List

The National Defense Authorization Act for Fiscal Year 2020 added more than 150 per- and polyfluoroalkyl substances (PFAS) to the TRI list of reportable chemicals. Certain PFAS can accumulate and stay in the human body for long periods of time. There is evidence that exposure to PFAS can lead to adverse health outcomes in humans.

A final rule added a category of 13 specific nonylphenol ethoxylates (NPEs) to the TRI list of reportable chemicals. NPEs are nonionic surfactants used in adhesives, wetting agents, emulsifiers, stabilizers, dispersants, defoamers, cleaners, paints, and coatings. EPA determined that longer-chain NPEs can break down in the environment to short-chain NPEs and nonylphenol, both of which are highly toxic to aquatic organisms.

A final rule added a hexabromocyclododecane (HBCD) category to the TRI list of reportable chemicals with a 100-pound reporting threshold. EPA determined that HBCD presents potential human health concerns for developmental and reproductive effects, is highly toxic to aquatic and land-dwelling organisms, bioaccumulates, and is persistent in the environment.

EPA hosted the 2016 National Training Conference on TRI and Environmental Conditions in Communities in Washington, D.C. The conference theme was, “TRI at 30: Working Together to Reduce Toxic Releases.” At the conference, the TRI Program marked the 30th anniversary of its creation under the Emergency Planning and Community Right-to-Know Act.

A final rule added 1-bromopropane to the TRI list of reportable chemicals based on available data that indicate it can be reasonably anticipated to cause cancer in humans. 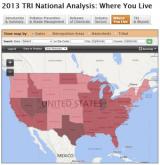 For the first time, EPA made the annual TRI report available in a Web-based format featuring analyses and interactive maps showing data at a state, county, city and zip code level.

EPA hosted the 2014 National Training Conference on TRI and Environmental Conditions in Communities in Washington, D.C.

A final rule required all facilities that report to the TRI Program to submit their reporting forms using the Web-based TRI-MEweb reporting application. Widespread use of TRI-MEweb has improved the quality and accuracy of TRI data and allowed EPA to get the data to the public faster.

EPA launched a new initiative challenging the academic community to find innovative ways to use TRI data to promote informed decision-making among communities, researchers, manufacturers, and others. EPA selected eight proposals for the 2013-2014 school year. 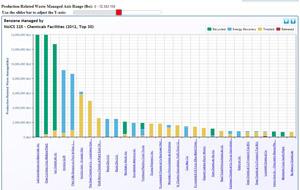 A new online tool provided the public with direct access to TRI data on P2 practices implemented by facilities or parent companies that resulted in reductions in release and other waste management quantities of toxic chemicals. The tool lets users visually compare how different companies have managed toxic chemical waste. The tool is also a valuable resource allowing companies to learn from each other’s P2 best practices.

EPA hosted the 2012 National Training Conference on TRI and Environmental Conditions in Communities in Washington, D.C. The conference theme was “Understanding the Past and Promoting a Sustainable Future.”

A final rule required TRI facilities located in Indian country to submit TRI reporting forms to EPA and the appropriate tribe, rather than to the state in which the facility is geographically located.

On the 25th anniversary of the law that created the TRI, EPA leaders and staff reflected on the program's importance.

A final rule added 16 new chemicals to the TRI Program. Each chemical added is “reasonably anticipated to be a human carcinogen” by the National Toxicology Program (NTP), an interagency government program that works to evaluate public health concerns.

For the first time, EPA made TRI data available to the public within the same month as the TRI reporting deadline, providing communities with earlier access to important toxic chemical information.

EPA launched the first TRI mobile application, “My Right to Know,” in 2010. For any location, MyRTK maps nearby facilities that report to the TRI Program, as well as facilities with EPA air, water or hazardous waste program permits. The map links to more information about the facilities. Note: EPA retired this application in late 2020 after replacing it with a new search tool. 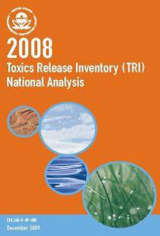 For the first time, EPA published the TRI National Analysis report in the same calendar year that industrial facilities reported the data. The National Analysis includes documents and webpages that provide analysis and interpretation of the most recent TRI data, including national and local trends of toxic chemical releases to the environment. 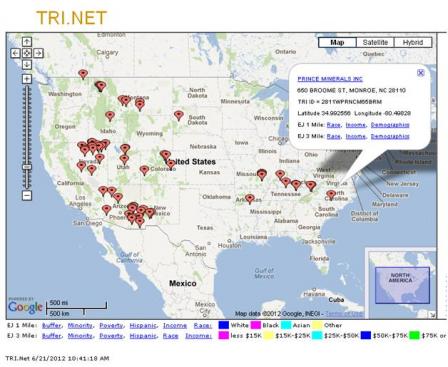 EPA developed the TRI.NET application to provide advanced mapping and search capabilities to TRI data users. Users can select, sort and filter TRI data; combine TRI with other data sources; and map and export results into other applications for further analysis.

The 2009 Omnibus Appropriations Act restored the more comprehensive TRI reporting requirements that were in effect prior to the 2006 Burden Reduction Rule. 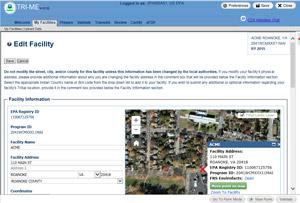 TRI-MEweb Application Available to All Facilities

In 2008, EPA released the TRI-MEweb reporting application, allowing all TRI facilities to submit TRI data through the Internet. Since the beginning of the TRI Program, EPA has worked to streamline the TRI reporting process for facilities and simultaneously improve the quality of the data being submitted.

This final rule required that TRI facilities report the mass quantity for each individual member of the dioxin and dioxin-like compounds category on a new reporting form, the Form R Schedule 1. Using the more detailed dioxin data, EPA can calculate toxic equivalent (TEQ) values to help people understand the relative toxicity of the chemical release information found in TRI.

This final rule expanded eligibility for TRI facilities to use Form A, a simpler reporting form with less detailed information for qualified reporters, instead of the more detailed Form R.

This final rule added seven Persistent Bioaccumulative Toxic (PBT) chemicals and two chemical categories to the TRI chemical list and lowered reporting thresholds for 18 PBTs already on the list. PBT chemicals are of particular concern not only because they are toxic but also because they remain in the environment for long periods of time, are not readily destroyed, and build up or accumulate in body tissue. 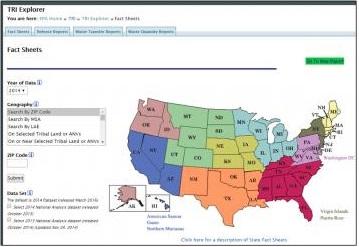 TRI Explorer can help communities identify facilities and chemical disposal or other release patterns that warrant further study and analysis. Combined with hazard and exposure information, TRI Explorer can be a valuable tool for risk identification.

Over 200 Chemicals Added to TRI

This final rule expanded TRI by 286 new chemicals and chemical categories, bringing the number of chemicals reportable to TRI to more than 600. This action greatly increased the amount of publicly available information on toxic chemical use at industrial facilities.

In response to a petition from the Governor of New York and the Natural Resources Defense Council, EPA added certain chemicals from the Resource Conservation and Recovery Act (RCRA) list of hazardous wastes to the TRI chemical list. (58 FR 63500, December 1, 1993) 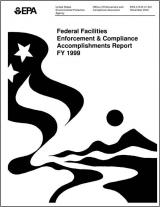 The Pollution Prevention Act (PPA) expanded the scope of information collected under the TRI Program to include data on how facilities manage toxic chemicals through recycling, energy recovery and treatment processes.

EPA added nine chemicals to the TRI chemical list that reflected toxicity determinations made under Section 102 of the Comprehensive Environmental Response, Compensation, and Liability Act (CERCLA) of 1980. (54 FR 49948, December 1, 1989) 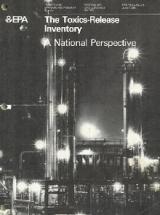 EPA published “The Toxics Release Inventory: A National Perspective,” a report summarizing the first year of TRI data. Never before had the public had access to such comprehensive toxic chemical release information.

In response to three petitions from industry, EPA published a final rule to delete titanium dioxide from the TRI chemical list after determining that it did not meet the EPCRA Section 313 listing criteria. This was the first time EPA granted a petition to modify the TRI chemical list. (53 FR 23108). EPA responded to more than 50 TRI petitions over the next three decades.

EPA received a petition requesting the addition of a category of inorganic fluorides to the TRI chemical list. Under EPCRA Section 313, the public can petition EPA to add chemicals to or delete chemicals from the TRI list. EPA denied the inorganic fluorides petition in a Federal Register notice published on May 29, 1987. (52 FR 20142).

In response to growing concerns about local preparedness for chemical emergencies and the availability of information on hazardous substances, Congress passed the Emergency Planning and Community Right-to-Know Act (EPCRA). President Reagan signed EPCRA into law on October 17, 1986. Section 313 of EPCRA created the Toxics Release Inventory to provide communities with information about toxic chemical releases from industrial facilities into the environment and to support informed decision-making by industry, government, non-governmental organizations and the public.

On December 2, 1984, a cloud of extremely toxic methyl isocyanate gas escaped from a Union Carbide Chemical plant in Bhopal, India. Thousands of people died that night in what is widely considered to be the worst industrial disaster in history. Thousands more died later as a result of their exposure, and survivors continue to suffer with permanent disabilities.

The incident raised public concern about toxic chemical storage, releases and emergency response. It led to the passage of the Emergency Planning and Community Right-to-Know Act (EPCRA) under the 1986 Superfund Amendments and Reauthorization Act. Section 313 of EPCRA established the Toxics Release Inventory.

Read more about the the origins of EPA.