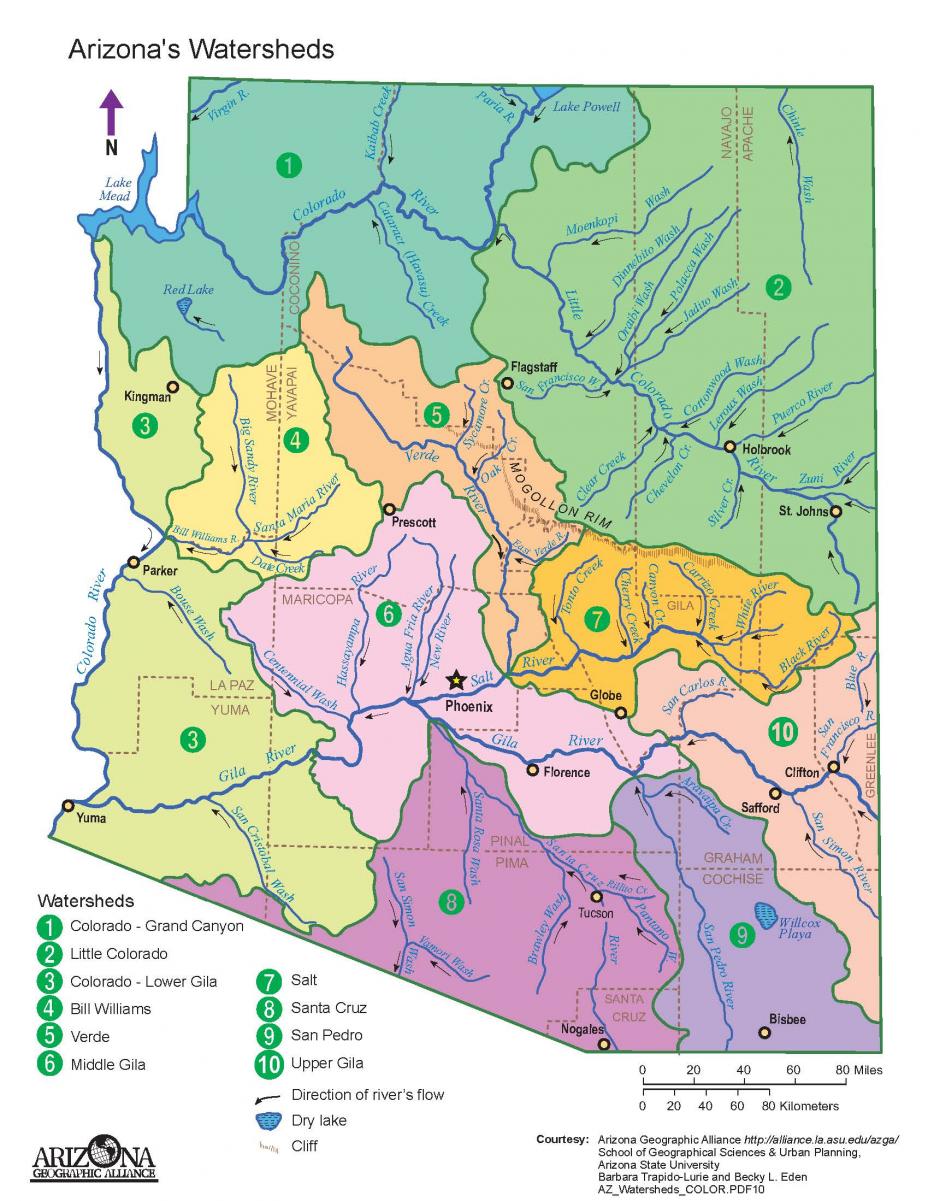 The Salt River and Middle Gila River Watershed includes 58 miles along both the Salt and Gila Rivers, with its headwaters from three larger
watersheds: the Salt that starts west of Alpine, AZ; the Upper Gila that starts east of Baldy Mountain in New Mexico; and the San Pedro which starts in Mexico. All three watersheds eventually converge east of Phoenix and drain into the Middle Gila (Phoenix Metro area) and then to the Lower Gila River and finally the Colorado River which takes the remaining water away in a series of diversions at the US and Mexico border.

The Rio Salado Project will work to protect, restore and revitalize the Salt and Middle Gila River Watershed. The Project will use the mission, vision and principles of the national Urban Waters Federal Partnership to guide this work.

In addition, the Partnership has also identified the following goals specific to the Rio Reimagined Project:

The Salt and Gila rivers and the watershed that feeds them, served as an epicenter of native American cultural activity and gave rise to Metropolitan Phoenix and the Valley of the Sun. The Rio Salado was once a perennial river flowing through Central Arizona, supporting early settlement by native Americans. Today it is an ephemeral river corridor connecting diverse urban communities across burgeoning Maricopa County. While the Rivers are now typically defined by intermittent flow as a function of water conservation and distribution in an arid urban climate, they can also have powerful flows during the Arizona monsoon season. Recently, the river has been the subject of restoration efforts focused on cultural and physical history, revived riparian ecology, supporting vast biodiversity and developing recreational amenities. Current community revitalization efforts focus on urban resilience for social, environmental and economic vitality.

EPA and its partners commemorated the designation of this project as the 20th Urban Waters Partnership location in 2020. Press Release