Coal companies and subsidiaries are spending an estimated $200 million on treatment and system-wide upgrades to reduce water pollution, and paying a record penalty under a settlement with EPA and the Department of Justice.

The Alpha Natural Resources, Inc. (Alpha), one of the nation’s largest coal companies, Alpha Appalachian Holdings (formerly Massey Energy), and 66 subsidiaries agreed in March 2014 to install and operate wastewater treatment systems and to implement system-wide upgrades to reduce discharges of pollution from coal mines in Kentucky, Pennsylvania, Tennessee, Virginia and West Virginia. Overall, the settlement covers about 79 active mines and 25 processing plants in these states.

It is estimated that the actions required by the settlement will cut annual discharges of total dissolved solids by more than 36 million pounds each year and reduce metals and other pollutants by about nine million pounds per year. The companies will also pay a civil penalty of $27.5 million for thousands of permit violations – the largest penalty in history under Section 402 of the Clean Water Act (CWA).

The companies must build and operate treatment systems to eliminate violations of selenium and salinity limits, and make improvements to ensure future compliance with the CWA. The improvements, which apply to all Alpha operations in Appalachia, include developing and implementing an environmental management system and periodic internal and third-party compliance audits. The companies must also maintain a database to track violations and compliance efforts at each outfall, significantly improve the timeliness of responding to violations, and consult with third-party experts to solve problem discharges.

Between 2006 and 2013, Alpha, headquartered in Bristol, VA, and its subsidiaries are alleged to have routinely violated limits in 336 of its state-issued CWA permits, resulting in the discharge of excess amounts of pollutants into hundreds of rivers and streams. EPA documented at least 6,289 violations of permits limits for pollutants at 794 different discharge points, or outfalls. Records showed that multiple pollutants were discharged in amounts of more than twice the permitted limit on many occasions. Most violations stemmed from the company’s failure to install adequate treatment systems or properly operate existing ones, and implement appropriate water handling and management plans. 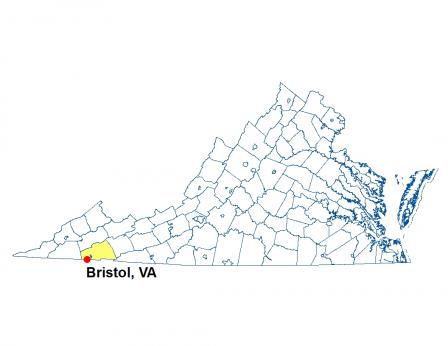