Two segments of Cub Creek in Virginia have been removed from the state’s impaired waters list as a result of actions to reduce agriculture pollution.

Nonpoint source runoff from residential and agricultural land uses, livestock, and wildlife had led to high counts of bacteria in Cub Creek in south-central Virginia. Two segments, totaling 14 miles, had failed to attain their “primary contact recreation” designated use due to violations of the state’s water quality standard for bacteria. Almost a quarter of the water samples collected had E. coli bacteria levels that exceeded established limits. As a result, the Virginia Department of Environmental Quality (DEQ) placed the creek segments on the state’s Clean Water Act (CWA) Section 303(d) list of impaired waters in 2006 and 2008, and a bacteria Total Maximum Daily Load (TMDL) or “pollution diet” was developed for the watershed.

Watershed stakeholders, including state and local government, conservation organizations and landowners, developed and began carrying out a structured TMDL implementation plan. EPA Section 319 funds helped support state Department of Conservation and Recreation (DCR) staff time for project oversight and guidance. The actions and their results led to the removal of the two segments from the impaired waters list for bacteria.

The Cub Creek watershed drains portions of Appomattox and Charlotte counties and is primarily comprised of forested land (70 percent) and agricultural land (24 percent). The creek itself drains into the Roanoke River, referred to locally as the Staunton River.

State data calculations indicated that the installation of BMPs in the watershed significantly reduced nonpoint source pollution, including bacteria. Of 15 samples taken after the BMP actions, only one exceeded the limit – meeting the state’s standard. The water quality improvement in Cub Creek has largely been the result of partnerships between the Southside and Robert E. Lee Soil and Water Conservation Districts and several federal and state agencies, including the U.S. Department of Agriculture’s Natural Resources Conservation Service, DCR, DEQ, the Virginia Department of Health and the Virginia Cooperative Extension Service. 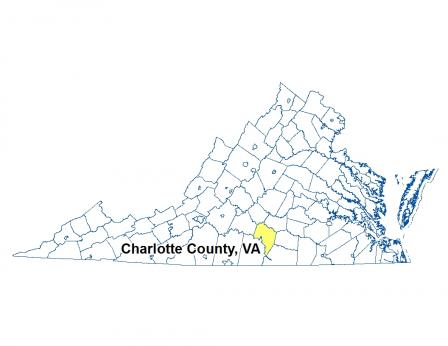 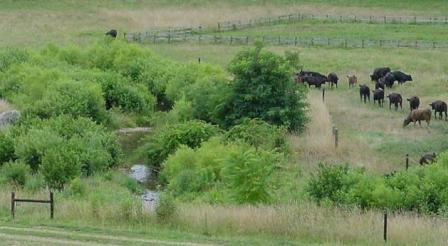