In 1996, Congress passed legislation amending the Clean Water Act to control discharges that are incidental to the normal operation of vessels of the Armed Forces. The legislation tasked the EPA and the Department of Defense (DOD) to establish national standards. The EPA and the DOD have agreed to establish performance standards in batches. This is referred to as batch rulemaking.

How are the EPA and the Department of Defense (DOD) identifying and evaluating discharges?

On May 10, 1999, the EPA and the DOD published the Phase I final rule in the Federal Register (64 FR 25126 (PDF)(13 pp, 216 K); 40 CFR Part 1700 (PDF)(7 pp, 196 K, About PDF)). The Phase I rule identified all discharges incidental to the normal operation of vessels of the Armed Forces, and characterized each discharge to determine if it required control. The determination was made based on the potential of the discharge to have an environmental impact. The rule determined the types of vessel discharges that require control by a marine pollution control device (MPCD) and those that do not require control. The EPA and the DOD identified 39 discharges, 25 of which would require control by an MPCD.

The rule also established the mechanism by which states can petition the EPA to review whether or not a discharge should require control, and the processes the EPA and the states must follow to establish no-discharge zones.

Standards for these discharges will be developed in three batches.

The rationale for the determinations of requiring control is documented in the Technical Development Document (TDD) for Phase I UNDS. 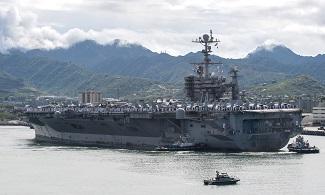 USS John C. Stennis (U.S. Navy photo by Mass Communication Specialist 2nd Class Sean Fuery/Released)In Phase II, the EPA and the DOD, in consultation with the U.S. Coast Guard, are developing standards for each discharge that was determined to require control in Phase I. The EPA and the DOD have agreed to establish performance standards in batches, rather than promulgating standards for all 25 discharges at one time.

The EPA and the DOD must consider the following seven statutory factors in determining whether it is reasonable and practicable to require the use of an MPCD: 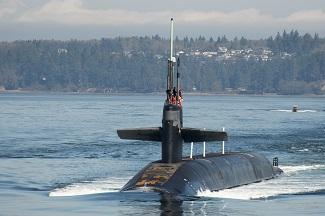 USS Henry M. Jackson (U.S. Navy photo by Mass Communication Specialist 2nd Class Amanda R. Gray/Released)In Phase III, the DOD, in consultation with the EPA and the U.S. Coast Guard, will establish regulations governing the design, construction, installation and use of MPCDs onboard vessels of the Armed Forces. These regulations must meet the performance standards promulgated in Phase II. The Phase II performance standards do not become effective, nor does the preemption of state regulation of Armed Forces vessel discharges become effective, until Phase III standards have been promulgated.