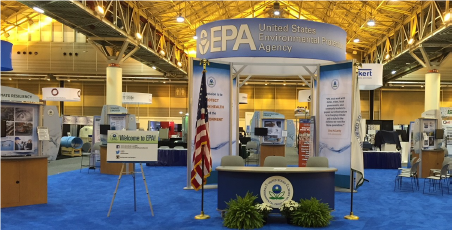 EPA participated at the 92nd WEFTEC Conference and Exhibition, the largest water quality conference in North America. The event provided an important opportunity for sector stakeholders and EPA leadership and staff to interact. These interactions facilitated information sharing and partnership forming, which will further EPA and the water sector’s joint quest of achieving clean and safe water for all Americans.

IP25 Water Reuse in Israel and the US: Lessons Learned and Opportunities

Event details: Wednesday, September 25 from 10:00-11:00
Deputy Director of EPA’s Office of Science and Technology Jeff Lape accompanied Israeli delegates Alon Zask and Danny Greenwald on a water reuse panel. This panel discussed exploring how Israel became a global leader in water reuse and how EPA drew from their experiences to facilitate reuse. 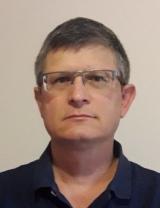 “The Israeli Experience: Reclaimed Wastewater Reuse”
Israel is located at the edge of the desert. The semi-arid climate dictates relatively few rainy days and scarce natural water resources. There are extreme changes in precipitation between years and different regions. Series of drought years are common. Due to the growing population, fresh water resources were diverted from irrigation to urban use. Israel compensated the agriculture sector by motivating the farmers to use marginal water resources, mainly reclaimed wastewater.

Nowadays, Israel is a world leader in wastewater reuse for agricultural purposes. Israel reuses over 85 percent of its wastewater and more than 40 percent of the agricultural irrigation water is reclaimed wastewater. Agriculture is considered to be a national interest due to social, cultural and environmental aspects. Although agriculture is less than 2 percent of Israel's economy, it consumes more than 50 percent of the scarce water resources. Mr. Greenwald will review the steps Israel took that enabled the utilization of treated reclaimed wastewater for agriculture. He will also discuss the aspects of supply, research, prices and subsidies, and how the government’s supportive regulatory system enabled Israel to turn an environmental hazard into a valuable resource. Finally, Danny will share a couple of examples of reclaimed wastewater use for irrigation in Israel. 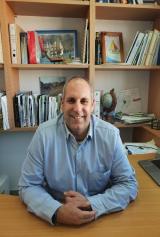 Mr. Zask has worked at the MoEP for the past 18 years and serves on the board of the Israeli Water Authority since 2014. Alon supervises the following divisions: Water, Sewage & Streams, Agro-Ecology, Pesticides & Urban Pest control and Open Landscapes & Biodiversity.

“Pollution Prevention in Israel - Environmental Aspects of Wastewater Reuse, Standards, and Implementation Steps”
Mr. Zask will present Israel’s experience creating a national system to reuse and assimilating reclaimed wastewater as an important part of Israel’s integrated water resource management (IWRM). In order to use effluents in Israel without any limitations due to water quality, wastewater treatment plants had to comply with a comprehensive and strict set of standards. In order to be recycled and used without restrictions for agricultural purposes, effluents must complete the tertiary level of treatment. Mr. Zask will shed light on the potential risks and impacts of wastewater reuse on public health, groundwater, soil, and crops. Finally, he will share the Israeli case study for Effluent Standards. 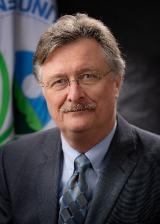 Jeffrey L. Lape
Deputy Director of the Office of Science and Technology in EPA’s Office of Water

Jeff has devoted his entire career to the protection and restoration of water resources and the environment, at the watershed scale, local, state and Federal levels of government, and in the private sector. He has held several senior leadership positions throughout EPA. Among other roles, he leads EPA’s efforts on Water Technology and Innovation, development of a National Water Reuse Action Plan and EPA’s partnership with the Department of Energy on the Water Security Grand Challenge.

“Draft National Water Reuse Action Plan”
To accelerate the consideration of water reuse approaches and build on existing science, research, policy, technology, and both national and international experiences, EPA facilitated development of this draft National Water Reuse Action Plan across the water sector and with federal, state, and tribal partners. The draft Action Plan is intended to seek commitments and drive action across the various stakeholder groups and the Nation. The plan consists of 46 proposed actions that support consideration and implementation of water reuse applications across ten strategic objectives.