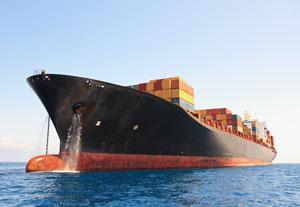 Ballast water exchange has been recognized as a critical pathway for aquatic biological invasions. Water has long been used as a ballast to stabilize ships at sea. While ballast water is essential for safe ship operation, it may pose environmental problems due to the numbers of marine species carried in ships’ ballast water. These include bacteria, microbes, small invertebrates, eggs, cysts and larvae of various species, which can become established and multiply in their new environment, even out-competing native species.

More research is needed to understand the risks associated with non-native species transported through ballast water, and in other ways such as attachment of aquatic organisms to ship hulls, the release of organisms from aquaculture operations, and accidental or intentional species introductions. To prevent the spread of invasive species, states and regions need state-of-the-science tools that are able to detect them at very low densities before they become widely established.

In the Great Lakes region, EPA is helping to develop guidance on state-of-the-science early detection methods to enable cost effective monitoring of AIS — even at very low population densities. This includes development and assessment of DNA-based tools, including Next Generation Sequencing technologies, which have the potential to provide highly sensitive, specific, rapid and inexpensive approaches for recognizing the presence of invasive species very early after introduction. (See Development of Next-Generation DNA Sequencing Techniques to Improve and Advance Environmental Monitoring and Bioassessment)

Robust and cost effective tools for early detection and monitoring are a critical need in efforts to prevent future invasions of invasive species, as well as the further spread of existing AIS. EPA has become a leader in the field of DNA-based monitoring of AIS, both through technology development and by providing guidance on appropriate integration of DNA-based tools into advanced monitoring programs. Further efforts in this area will inform the establishment of a Great Lakes AIS monitoring system that has the potential to substantially reduce the risk of future AIS spread.

EPA has also developed an internationally recognized research program in the application of genetic tools for understanding the spread of AIS. Results of this research have provided insights into the most important vectors of AIS spread within and between regions in the United States — insights which will inform AIS policy and assist in prioritization of management efforts.