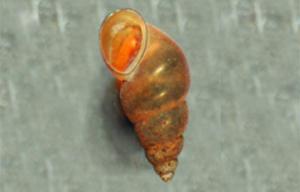 DNA-based technology helps people solve problems. It can be used to correctly match organ donors with recipients, identify victims of natural and man-made disasters, and detect bacteria and other organisms that may pollute air, soil, food, or water.

Most people are familiar with crime show dramas where the plot uses DNA technology to identify suspects. More often than not, the DNA evidence carries the day without question. The reality is that DNA analysis techniques can open doors to limited opportunities for error.

Far away from crime show courtrooms, scientists at EPA and the University of Notre Dame’s Center for Aquatic Conservation are investigating false positive and false negative determinations inherent in DNA-based methods, and the impact they have on the ability to monitor water bodies for infestations of invasive species of aquatic animals and plants.

"DNA-based methods are likely to become standard tools for invasive species monitoring in many aquatic contexts," said EPA molecular ecologist John Darling. "Understanding and managing the sources of error inherent in DNA-based methods is critical to reducing uncertainty and instilling confidence in the analysis. It is also necessary in helping local, regional, and national water quality managers recognize the limitations of the technology and use it appropriately."

Sources of error can come from the molecular method itself and also from the overall monitoring process — from sample design, to sample processing, to interpretation of results. Still, DNA-based early detection methods have the potential to become an important way to monitor the spread of invasive species.

"This work has provided an excellent case study for the challenges associated with using molecular surveillance tools to positively impact management decisions and outcomes," Mahon said. "The use of environmental DNA surveillance as an early detection method has been shown to be much more sensitive for determining the presence of these two harmful species than traditional fishery methods such as netting and electrofishing. However, it needs to be noted that eDNA is not a silver bullet, but is another tool in our collective toolbox for helping prevent the further spread of these species."

Darling and Mahon’s manuscript, "From molecules to management: adopting DNA-based methods for monitoring biological invasions in aquatic environments," was published in the March issue of the journal Environmental Research.
See: Environmental Research: A Multidisciplinary Journal of Envornmental Sciences, Ecology, and Public Health

The authors provided an assessment of obstacles associated with integrating DNA-based methods, and outlined recommendations for how they may be overcome with standardized best practices. These include:

Darling said that EPA is committed to working closely with research and decision-making communities to negotiate the inevitable tradeoffs between various sources of error.

"This connection and understanding are critical so that implementation of newly-available technologies can be immediately and effectively responsive to important management needs and can best serve communities and the waters they want to protect," he said.

Darling also has been involved in conversations with the U.S. Invasive Species Advisory Committee's Early Detection and Rapid Response subcommittee to advise them on developing guidance for regulators so they can make the best possible decisions about detecting, monitoring, and mitigating aquatic invasive species. The committee, convened in 2005 by the U.S. Secretary of the Department of the Interior, includes non-governmental environmental groups, farmers, geneticists, risk assessors, public health specialists and economists. It met in Denver this spring to discuss the guidance.

What does Darling think is in store for DNA-based methods in the future?

"As technology moves forward, we will see improvements not only in sensitivity and specificity, but also in analytical turnaround times and ease of deployment," he said. "In the future we may even hope to see mobile analysis units that can be taken to the field or onto ships to conduct real-time monitoring of aquatic environments or ballast water tanks. But the usefulness of all of this is contingent on understanding the likelihood of error and recognizing and communicating the implications for management accordingly."