EPA Science Matters Newsletter: Support for Soaking Up the Rain 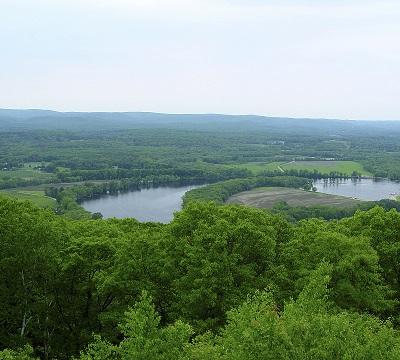 While there have been wide-spread improvements since the passage of the Clean Water Act more than 40 years ago, many communities across the nation still face environmental challenges related to water quality.

Pioneer Valley, located in western Massachusetts and part of Connecticut, is a prime example. While part of the area is a tourist destination known for local universities, numerous parks—and the scenic waterfront along stretches of the Connecticut River—it also includes a number of local waterways that are no longer fishable or swimmable.

A number of Pioneer Valley’s streams, rivers, and lakes do not meet Clean Water Act standards:

In addition, stormwater runoff from across the watershed contributes to the estimated three million pounds of nitrogen flowing into the Connecticut River and eventually reaching Long Island Sound annually.

The Pioneer Valley Planning Commission, a consortium of local governments from the 43 cities and towns, is partnering with EPA to embrace green infrastructure and improve water quality across the region. Members of the commission developed a green infrastructure plan to assist communities in the region with developing a more sustainable stormwater management program.

To further that effort, the Commission has partnered with the Connecticut River Stormwater Committee and EPA’s New England office (Region 1) to launch “Soak up the Rain Pioneer Valley”, a stormwater public outreach campaign to raise awareness about the problem of stormwater runoff, encourage citizen action, and promote green infrastructure practices. This campaign also connects residents, municipal decision makers, and the business community to resources and assistance.

“What I love about Soak up the Rain is that it provides simple, clear, and effective language.  It conveys the idea of what we need to do, while also serving as a call to action,” said Patty Gambarini, PVPC Senior Environmental Planner.

EPA has also developed a small suite of customizable green infrastructure tools that is available to the public for use in their local stormwater outreach efforts. EPA researchers are sharing research results and their decision-support tools during several workshops. The workshops and other events are providing the opportunity for researchers to hear directly from those on the “front lines” of stormwater management, people who are installing and maintaining the rain gardens and barrels, porous pavement, cisterns, and other green infrastructure techniques across local watersheds.

“We were really interested in learning more about how officials and design professionals make decisions to use green infrastructure, what the barriers to implementation are, and how we can measure effectiveness of those practices for the future,” said EPA researcher Marilyn ten Brink.

“We’ve collected information and are putting that data to use, creating a workbook for implementation that could be used to help communities across the country share the benefits of green infrastructure with their decision-makers, planners, builders, and constituents,” she adds.

Pioneers Valley’s green infrastructure plan, the workshops, and the open dialogue between researchers and potential and actual users of green infrastructure are all part of a collaborative effort that can serve as a model for communities around the country to tackle the challenges of stormwater runoff.