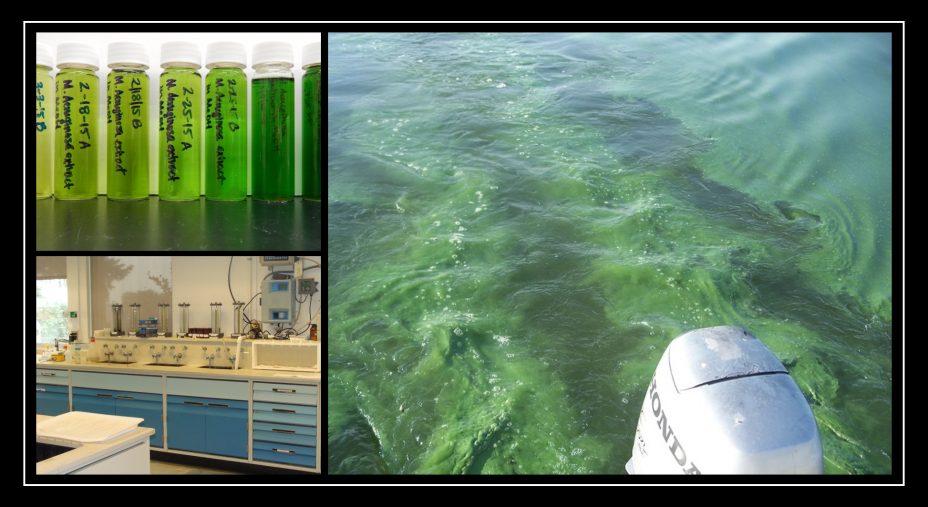 Cyanobacteria, Nutrients, and Land Use

In warmer months, lakes and ponds often go green. This is most likely the result of an algae bloom which, increasingly, contain many cyanobacteria.  Also known as “blue-green algae,” some species of these tiny, photosynthetic aquatic organisms produce toxins. The impacts of these harmful algal blooms can be significant. They can range from respiratory and gastrointestinal problems in people to the death of animals, even the family pet.

Blooms like these are becoming a more frequent occurrence and are having greater impacts than ever before. Researchers want to better understand how these blooms impact human health, identify the toxicity of the cyanobacteria, predict the probability of bloom occurrence, and share that information widely.

Identifying the Toxicity of Cyanobacteria